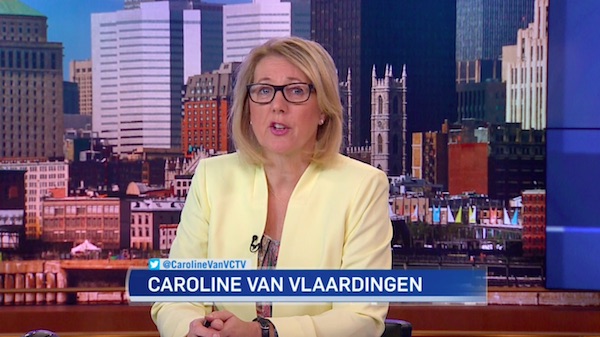 Of Montreal’s three English-language local TV stations, CTV is the only one without any local programming. Starting Monday, they fix that with the addition of local news updates to the Toronto-based Your Morning show.

Caroline Van Vlaardingen will anchor the segments, which will be inserted into the show just before each half-hour except the last.

Your Morning, the Canada AM replacement hosted by Ben Mulroney and Anne-Marie Mediwake out of Toronto, has a segment each half hour that, in Toronto, is filled with a brief local newscast anchored by Lindsey Deluce. In other markets that don’t have local cut-ins, and on CTV News Channel, it has a local news story taken from a CTV newscast somewhere in the country. (Originally it was an additional national weather update — if you wondered why there seemed to be so much weather on Your Morning, this was why). These segments last two and a half minutes, including pre-recorded intro.

Starting Monday, Montreal adds its own local cut-ins during this segment.

CTV Montreal News Director Jed Kahane didn’t want to comment beyond the press release, but I’m told that the newscast’s staff was hired internally, giving a bit more work to existing part-timers, and that the newscast will run for a three-month trial period. There is no dedicated morning reporter (though there is an overnight cameraman chasing fires and car accidents), so any overnight updates will be the anchor’s job.

UPDATE (Feb. 20): I watched the first two episodes of Your Morning with the new local inserts, and here’s how it breaks down:

Each insert is a firm two and a half minutes:

Generally, one new brief will be inserted in each half-hour break. Often the briefs are quick recaps of news from the previous day, and sometimes new briefs that come from overnight emergencies. In one case there was a short sound clip, but otherwise it’s all voice-over and there are no packaged reports.