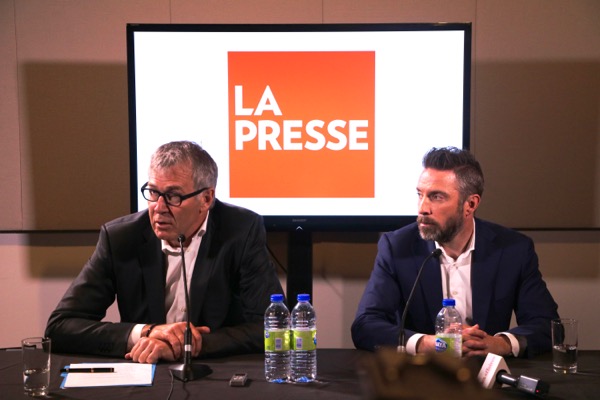 Well, TVA was right about La Presse being sold. But its guess about who was buying turned out to be very wrong.

The news giant gathered its many employees at the Palais des Congrès Tuesday morning to announce that the daily is being turned into a non-profit organization, separate from Power Corporation of Canada.

Some details are still to be determined, but here’s what we know so far:

There’s no set timeline or deadline for the deal. But the first step is that the government needs to amend a special 1967 law that governs the ownership structure of La Presse (that could be done before the end of this legislative session — and the election — if there’s no objection from opposition parties). 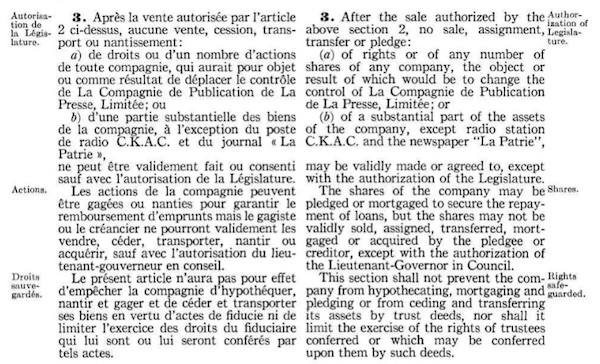 The law, which allowed for the sale of La Presse shares to Trans-Canada Corporation Fund (the Desmarais company) from the successors of Trefflé Berthiaume (who died in 1915), requires legislature approval before La Presse can be sold or transferred.

Once that’s done, a board chair will be selected jointly by Power Corporation and La Presse management. That chair will select an initial board of directors for the non-profit. Publisher Guy Crevier said that board would likely be self-selecting through a governance committee.

There will also be a trustee appointed, whose sole function is to ensure the nonprofit stays within its mandate.

The new company would maintain ownership of La Presse’s platform sales subsidiary Nuglif as well as La Presse’s stake in The Canadian Press (which is also owned by Torstar and the Globe and Mail). The only other media asset in the Power Corp subsidiary Square Victoria Communications Group was a stake in jobs website Workopolis, which was sold last month.

Becoming a nonprofit media organization is not common, and certainly a transition like this for such a large media organization is unprecedented in Canada. As Lise Bissonnette points out in this interview, Le Devoir tried something along those lines in the 1990s when she was editor-in-chief and was told by the federal government that a media organization can’t be a non-profit. Obviously the perception has changed since then.

Note also that La Presse turning into a nonprofit does not mean it’ll become a charity. That would also require a change to the law (though allowing news outlets to gain charitable status has been discussed), and until then La Presse would not be able to offer the kind of tax credits for donations that charitable organizations can. 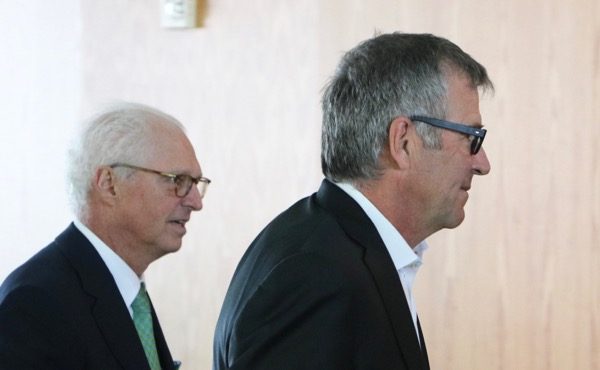 Power Corp., in addition to giving the publication itself to a nonprofit, will offer a $50-million endowment to keep it operating. On top of that, Power will maintain its pension obligations for all employees up until the transfer (Desmarais says that’s 1,300). Employees who remain so through the transition will have two pensions: one administered by Power and the other through the new employer. After the transition, Power will have no control over La Presse.

In the short term, nothing changes operationally. There are no plans to return to a subscription model, or bring back the paper edition. Current management will remain in place. They’ll continue their work on a new smartphone application. The daily tablet edition will remain the main publication of La Presse. And the editorial direction won’t change.

What will change is financial: La Presse would like some more sources of revenue. A main reason this is being done is because the federal government doesn’t want to financially assist media owned by rich companies. This would eliminate that problem, on top of allowing La Presse to accept donations from individuals. (Asked to estimate what that they could expect in donations, President Pierre-Elliott Levasseur said a $3-million a year figure would not be unreasonable.)

But federal funding is no guarantee, as Heritage Minister Mélanie Joly repeated on Tuesday. The government is looking to help, but nothing is set in stone and no numbers are on the table.

La Presse still refuses to divulge its finances, and Crevier called speculations about its losses “folklore.” He said it would be up to the non-profit’s board to decide if such financial information becomes public. It would be a bit odd if it didn’t, especially if they’re seeking donations.

It’s clear that La Presse won’t be able to survive in its current form without some form of financial support, beyond the tax credit announced by the provincial government. For employees, it’s unclear what kind of runway they have before they have to start worrying about cuts.

La Presse’s union issued a statement saying it’s in favour of the plan since it does not result in job losses. But it said there are still some important questions to answer, and it wants more transparency on La Presse’s finances and a seat on the new nonprofit’s board.

The employer and union have been in talks for a new contract for more than two years. Management did not want to comment on how they’re going, but said relations with the union are good.

Meanwhile, the CWA union, which represents print journalists in several English Canada newsrooms, wants the federal government to move faster on the idea of allowing news organizations to qualify as charities.

TVA’s scoop about the owner of The Hockey News and former Bauer executive Graeme Roustan buying La Presse turned out to be a dud. Crevier and Levasseur said they planned this transition for a year and Roustan’s name never seriously came up despite his expressed interest in making an offer. Once it becomes a nonprofit, La Presse can’t be sold to a for-profit company.

Roustan says he’s happy that La Presse will no longer be on Power Corp’s books.

Is this good for journalism? 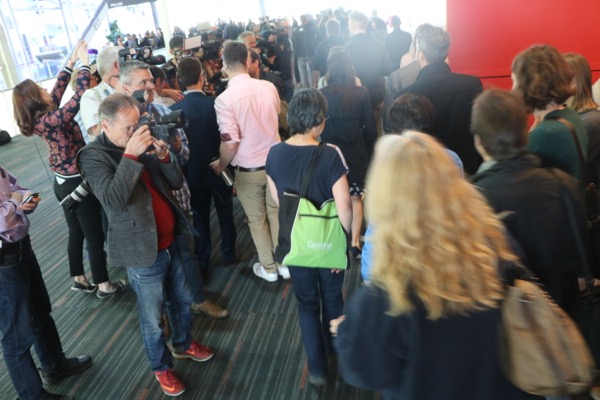 A lot of people who work at La Presse, or in unions, or who just don’t like their owners, are excited by this news. But it’s jumping into the abyss. Power Corp., owned by the Desmarais family, was very protective of La Presse, hiding its financial troubles and covering its losses. Once it becomes a nonprofit, it’s on its own. And though La Presse is popular and successful on the gross revenue side (at least that’s what they say), it has a much higher employee base than similar publications, and it’s hard to see how that would be sustainable without additional revenue.

Similar to what happened when it launched La Presse+ and abandoned its print edition, the restructuring of La Presse is being greeted as a bold, courageous move that could set an example for journalism. Or it could be a flashy attempt at a business model that ends up failing in the end.