That’s it, it’s done. After almost 52 years, the last train of the model that launched the Montreal métro system — including the first cars ever built and delivered — were pulled out of service at 6:51pm on Thursday, June 21, 2018, at the Saint-Michel station on the blue line, to applause from chairperson Philippe Schnobb and a few dozen transit enthusiasts. The video above shows its last in-service stop.

The MR-63, the model number reflecting the year in which they were designed and ordered from Canadian Vickers in advance of the 1966 opening of the system, wasn’t the world’s best-designed vehicle. It had a lot of faults that were quickly rectified after the opening, most famously a problem with temperature control. Engineers greatly underestimated how hot the cars would get, and built a heating system that was never used. The driver’s cabin got so hot that a driver fainted, so the motor cars were retrofitted with an air conditioning unit replacing one of the seats in the passenger cabin. New fans were also installed in the ceiling, and one door in each car had its glass window replaced with a grill. 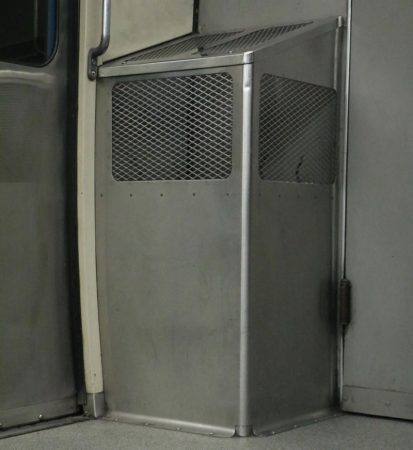 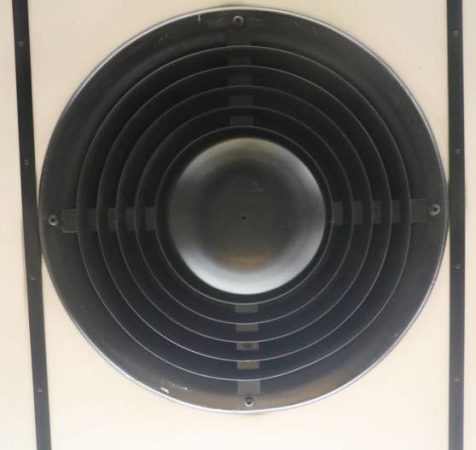 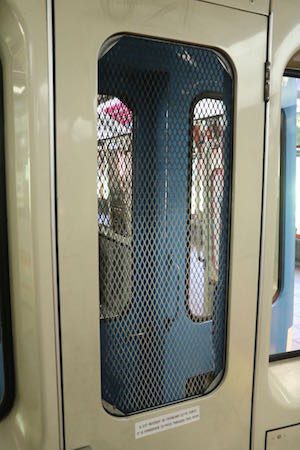 Have a good one, gauge above the door that I guess measured brake pressure or something? #MerciMR63 pic.twitter.com/llLYZJ3zgw

The interior design, which underwent a few changes in the half-century of operation, wasn’t exactly eye-catching in the end. Everything from the ceiling to the floor to the walls to the seats to the doors were either grey or beige. Modifications made to remove seats for more standing space left unsightly panels, and decades of use and abuse long ago wore away its lustre, despite impressive maintenance efforts. 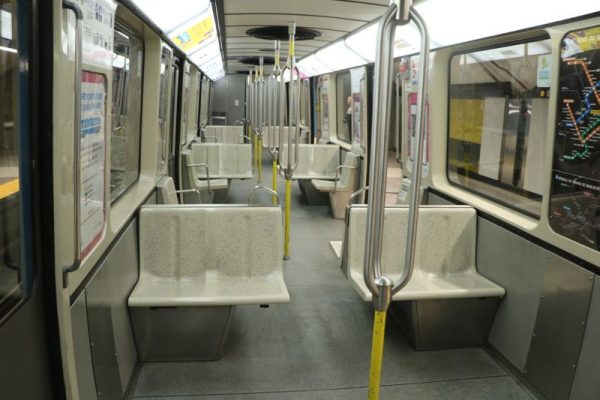 The trains’ similarities to the MR-73, built a decade later by Bombardier, kind of dulled the nostalgia factor. Those with untrained eyes might not even have noticed the difference. When a man stopped me at the Saint-Michel station and asked what was going on that had captured people’s attention, I tried to explain. He confessed he had never noticed the difference between the models. 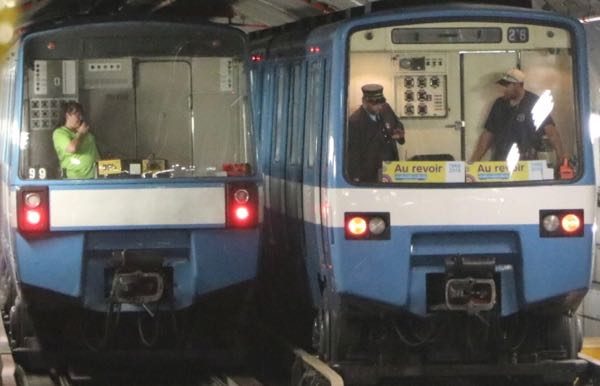 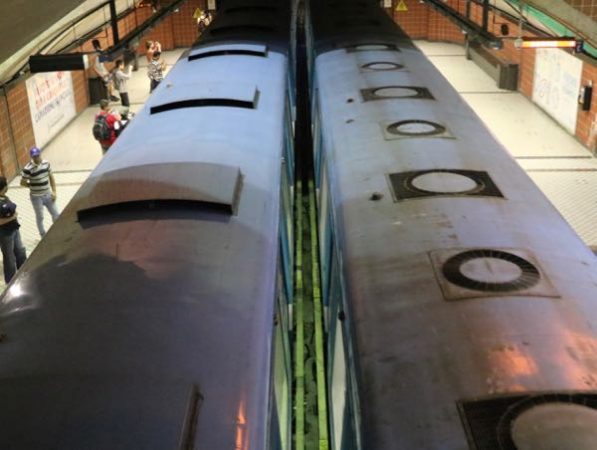 But to transit buffs, and many STM employees, it was a bittersweet moment to see the last of these old trains head into retirement. The agency decided to make it into an event, scheduling a final tour of all four metro lines, and outfitting the final train with vintage advertisements, information panels and a bit of special branding. 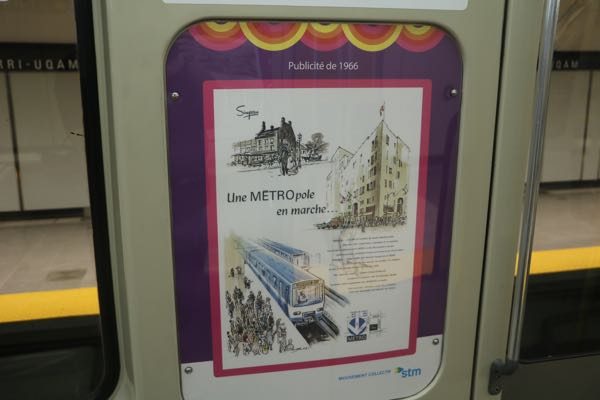 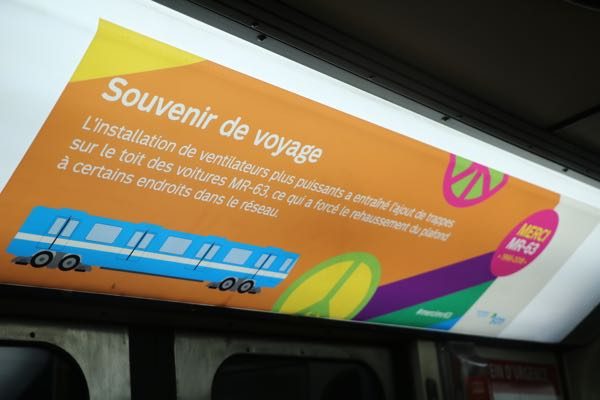 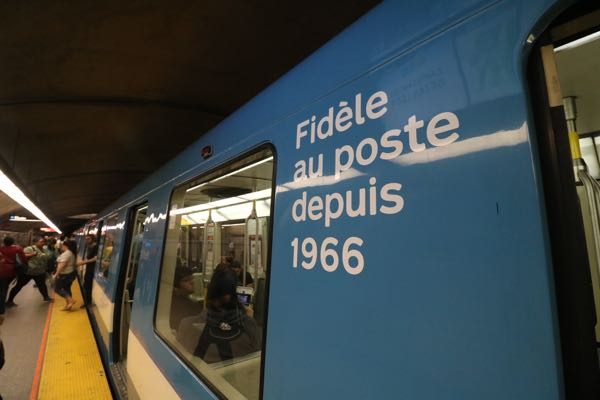 An acknowledgement of the MR-63’s reliability.

Amazingly, this model of train was never used in regular service on the blue line until its final day.

There were 369 cars, or 123 three-car elements, originally built of this model. Eleven of these elements (33 cars) were destroyed in fires in 1971 and 1974. Most of the rest lasted until the Azur trains began arriving and were subsequently phased out of service. 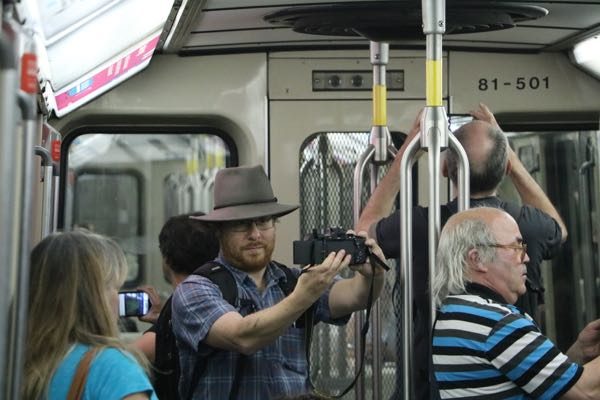 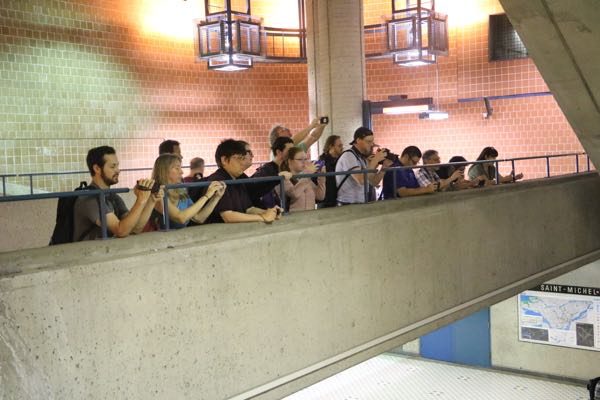 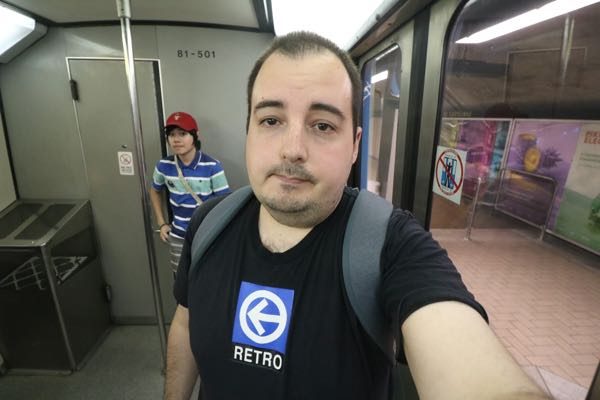 The final tour attracted a lot of amateur photographers, transit enthusiasts and curious onlookers. The final day was particularly busy, with fans by the dozens crowding the six-car train as it made its way from Saint-Michel to Snowdon and back again. 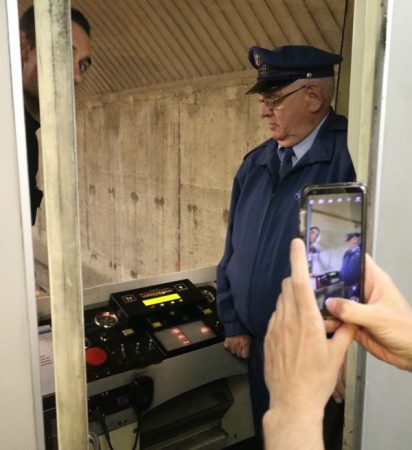 The operators at each end — hand-picked for the occasion — were generous but still professional, letting people take pictures without allowing them to actually enter an in-service cab. 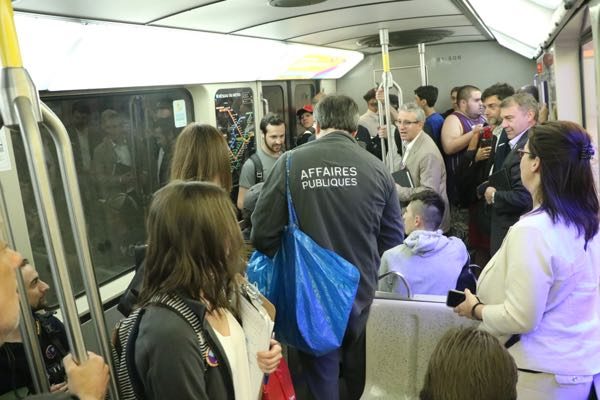 For the final trip, from Snowdon to Saint-Michel, the transit fans were joined by STM staff, including chairperson Philippe Schnobb and historian Benoit Clairoux, both of whom handed out souvenir pins. 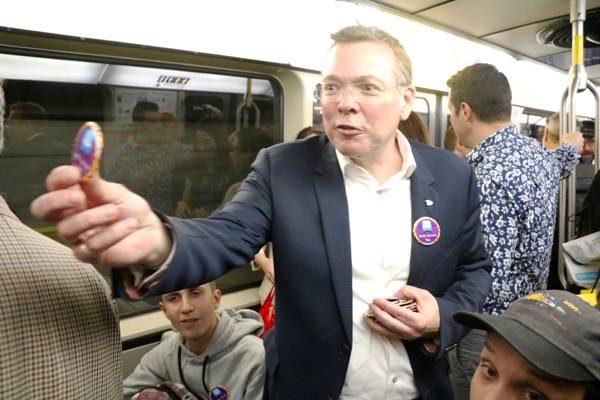 Philippe Schnobb would like to give you a pin.

Like many transit fans before him, Schnobb ran from one car to the next as the train stopped along the route, greeting people in each car.

There was applause as the train made its final stop, a bit of organizational confusion as staff figured out the organization of some photos and videos, and the train headed to the tail tracks to park. 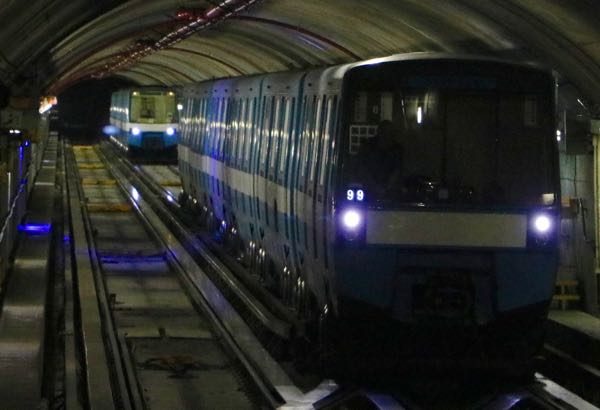 Out-of-service MR-63 parked in the tail tracks behind Saint-Michel station, behind an MR-73 switching platforms.

At that point, the crowd dispersed, most of them taking the métro back home.

If you’ve read this far you’re probably pretty interested in this stuff. So can you spot the difference between the métro’s three train models solely by the sound of it arriving?

I’ve put the sound of each of the three models’ arrivals at a métro station in this clip in a random order. Can you figure out which is which?

5 thoughts on “Adieu MR-63: A bit of Montreal history goes off the rails”