Every year, I speak to winners of Concordia’s journalism school awards as they’re presented at the Montreal Gazette offices. Today, this year’s winner of the Mike King scholarship, Jon Milton.

Jon Milton, a born-and-bred Montrealer, is a Concordia undergraduate, with a double major in journalism and the School of Community and Public Affairs. 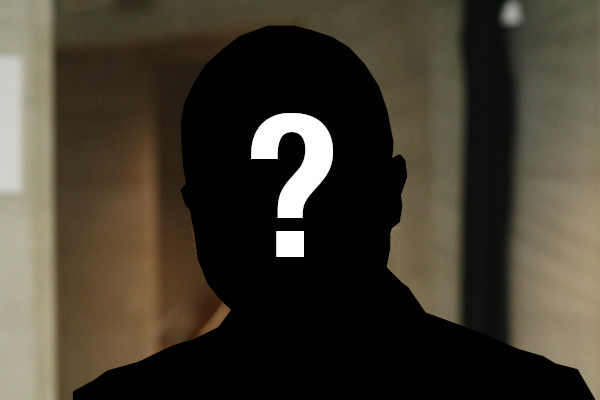 He isn’t pictured here at his request, because he’s done some reporting on some extremist groups (the type that love to make people’s lives hell by releasing personal information about them) and so he likes to keep a low profile. You can read the latest of those stories here. He also collaborated on a Montreal Gazette investigation into neo-Nazis.

After I left high school I wasn’t planning on going back to school. So I worked for a couple of years at call centres and things like that. I guess the short version is that I wanted to go back to school for different reasons because I didn’t want to keep doing that for the rest of my life.

One of the big kickoffs for me was the student movement in 2012. It was just this period that changed the way I looked at the world. I had not been somebody that was interested in politics beforehand, and all of a sudden I saw all these people in the streets who were working together to change the world. So that was a politicizing moment for myself, and brought me back into school, and before I knew it I wanted to become a journalist.

I was trying to become involved in social movements and finding that maybe organizing itself wasn’t for me, it wasn’t something I was particularly great at. But I did realize that I had the talent for writing. So I asked myself what my skillset is and what I can contribute to changing the world around me, to building toward a world that’s more fair for everybody, and I think journalism is a field that does that every day.

A lot of what I am doing, which is journalism that reports on social movements, on people that are working to lift up marginalized people, providing a platform so that voices that are typically ignored can have a say, and demystifying the way the world functions so that people understand where they can act and have an impact. That’s one of the major tasks of journalism, to hold powerful institutions’ feet to the fire and lift up voices that are traditionally denied a platform.

Do you see yourself doing more writing or broadcast?

Are there other subjects that interest you that you’d see yourself writing about?

I kind of think everything is political. So when I say political I don’t just necessarily mean political parties, what’s going on in parliament — that type of thing doesn’t actually interest me that much. What I think does interest me is the things people are doing on the ground that are trying to affect the direction that the world around them is taking. That can be everything from people organizing their workplaces, to people who are operating in more clearly defined social movements, to people who are doing anti-poverty work, people who are helping to revive indigenous cultural practices. All of these things, despite being very dissimilar, all (are) political because they’re all about building up people’s capacity to act who are traditionally denied that capacity.

How do you see the future of journalism? How worried are you about the prospect of having a career in this field?

I got into journalism through social movements, so I always was preparing myself that the work I’m going to be doing, I’m never going to be rich off of it. So it’s nice when something like this happens where I get some actual recognition off of it, but I’m also not under any illusion that I’m going to live in a mansion for the rest of my life. I’d rather work in a way that’s principled and fits with the non-monetary goals that I have for what I’d like to do with my life, rather than just doing whatever I can to get myself a job and not feeling the passion that I feel about the field.

Milton is among many students strongly encouraged to apply for the Montreal Gazette summer internship. The deadline is 5pm on Nov. 2.

One thought on “Journalists of Tomorrow: Jon Milton”