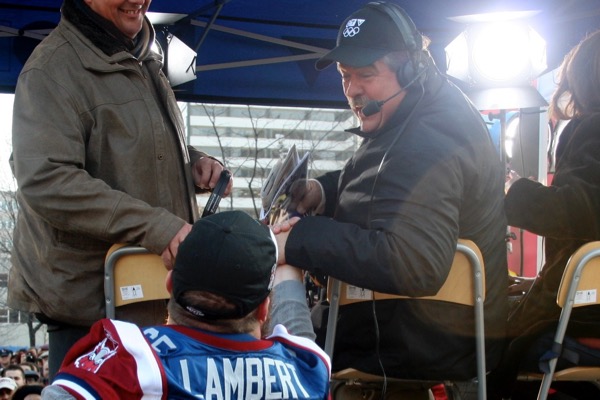 I don’t have that much original to say about Randy Tieman, who died unexpectedly at the age of 64. For that matter, neither do most of his colleagues.

It’s not because he was unliked, or kept to himself, or hid his private life. The exact opposite, in fact. It’s because with Tieman, what you saw was what you got. He was a fun guy who loved to have fun, was passionate about sports (particularly baseball and football), and one of the nicest guys you could ever meet.

Last year, when he was fired from his job as sports anchor at CTV Montreal, he took the news in stride. He didn’t get angry at his former employer. Instead, he worried about his former colleagues who were also let go, and weren’t as ready as he was to start retirement.

That’s just the kind of guy he was. So when you see tweets and Facebook posts and it seems like they’re all saying the same thing, that’s why. He wasn’t an act for the camera, he was really like that in person.

It’s very sad that he didn’t get much of a chance to enjoy his retirement. It’s also unfortunate that we’ll never get to see what he looked like without that moustache. A few years ago I thought it might make a good charity fundraiser to auction off the rights to shave it.

Mostly, I guess, because his upper lip was the only thing he kept hidden.

UPDATE (Nov. 20): Stu Cowan writes about Tieman in a Gazette column. And the Canadiens paid tribute during a commercial break during the first period of Monday’s game at the Bell Centre.

Nice tribute for @SportsStache at the Bell Centre. Nice touch by #Habs pic.twitter.com/SXX9OTC0Ha

Social media reaction to Tieman’s death is so overwhelming (there’s even a tweet from the prime minister), I won’t bother trying to compile it all here. CTV Montreal has a page with highlights, and the Montreal Gazette has more. CBC also has an obit, and his former boss Barry Wilson devotes part of his weekly Postscript to an obit.

Among those delivering eulogies is this particularly emotional one from Lori Graham.