Every year, I speak to winners of Concordia’s journalism school awards as they’re presented at the Montreal Gazette offices. Today, the 2016 winner of the Lewis Harris award, Meagan Boisse. 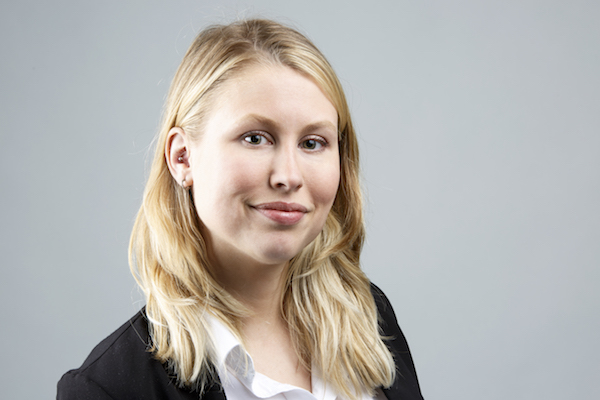 I haven’t met Meagan (we communicated over email), and I don’t have any cool anecdotes or insights to share to open this up. So we’ll just get right into it. Boisse is 27, from Châteauguay, and studied cinema, video and communications at Dawson College before doing an undergrad in journalism at Concordia. Her bylines have appeared in Reader’s Digest Canada, Montreal Families, the National Post, and particularly Concordia’s own website.

It seemed like a natural fit. I’m a curious person and have always loved to meeting new people, exploring new places and storytelling.

Beyond that, I was very interested in media studies. As Marshall McLuhan once stated “the medium is the message”; each new form of information technology carries its own social discourse. Studying multimedia journalism seemed like a way to delve into how different media forms work with the public and what their specific abilities are in conveying a message.

For me journalism an important filter that separates fiction from truth, it is a voice for those that need to he heard and a manner for people to engage and better understand the world in which they live.

I enjoy design and photography. I like to fuss over details, and as visuals can be a big part of story telling an interest in aesthetics can only bolster one’s work as a journalist.

I know there’s this idea out there that journalism is dying, that it cannot sustain itself in the digital age. However, I believe robust, reliable journalism is something people will always seek out, something that has an intrinsic value that carries across borders, generations and political spheres. I think journalism will survive the death of its institutions. What will it look like in fifty years? I don’t know, but I’m certain good, honest journalism will always be around.

Since I received my award I’ve finished my undergraduate degree, was an editorial intern for Reader’s Digest Canada and began working for Concordia’s newsdesk on a full-time basis. Over the last year I managed X Explained, Concordia’s own how-to video series. I also wrote weekly student-advice articles for my namesake column, ‘Ask Meagan’, which appeared on the university’s official app.

This past August, I moved to Berlin. I hope to begin writing for local publications here!