Every year, I speak to winners of Concordia’s journalism school awards as they’re presented at the Montreal Gazette offices. Today, the 2016 winner of the Susan Carson bursary, Emilee Gilpin. 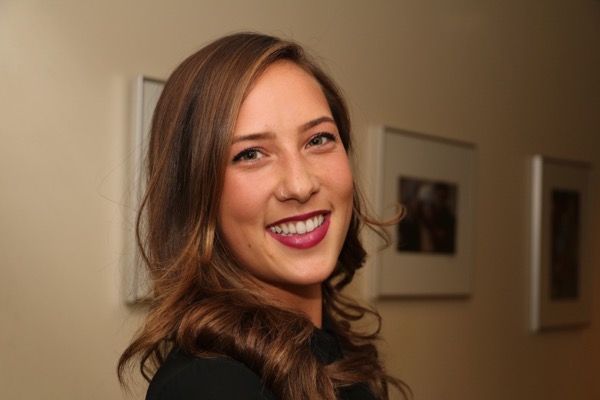 Emilee Gilpin, shortly after receiving her award in 2016.

Emilee Gilpin’s face has been hidden inside one of my browser tabs for almost two years now, as a reminder that I should write these bloody interviews up. Concordia’s website did a brief article about the 2016 award winners, and she was one of the winners quoted.

So, one browser tab closed, 25 more to go. Anyway, how can I make this blog post more about me?

OK, fine, let’s talk about Emilee. She’s 27 (or 25 when she won the award), she’s from London, Ontario, and she has an undergrad degree in philosophy and Spanish from McMaster University. She mentions off the bat her love of travelling, including teaching English as a second language in China before doing Concordia’s journalism diploma program.

As you can see from her answers below, she’s one of those activist journalists that white guys get so riled up about, focusing particularly on Indigenous issues. Susan Carson, the Gazette journalist after whom the award she received was named, was similar in her own way, seeking out stories of injustice and shining a light on them in the hope that doing so would spark change.

Here’s what Gilpin had to say when I caught up with her by email.

I saw a few documentaries featuring some badass investigative journalists and I saw myself in them. I have a passion for justice and a strong intolerance for injustice and I believe in doing what we can during our cycle on earth to nurture positive change. One of the important roles of a journalist is holding truth to power and I liked that. I also noticed a gap in coverage of Indigenous communities in Canada, and wanted to see what I could do to help fill it in a good way.

There have always been forms of journalism — news sharing, story-telling — they are ancient practices. When settlers first arrived, communities had scouts to inform them on information, there were runners between communities and nations, stories shared in potlatches and law lodges. Western journalism was built to protect democracy, so it involves holding truth to power, but it is also an institution and a corporation, created by white men, so it is also full of space for adaptation and diversification. Journalism for me means sharing stories in a good way — fleshing out the black and white, including all voices, being accountable to those whose stories we share, building relationships to ensure trust and accountability, being on the front lives of important events, documenting history and more.

I work now for National Observer, leading a series ‘First Nations Forward,’ emphasizing stories of success and sovereignty of First Nations in B.C. I’d like to continue to write about stories that have been historically made invisible or misrepresented, to diversify out media coverage and tell a more wholesome and accurate picture.

I give workshops on decolonizing or indigenizing journalism, but it really involves basic anti-oppressive techniques to ensure a level of ethical behaviour and accountability in our relationships and professional duties. It involves learning about and including historical and cultural contextualization of events, fact-checking and culture-checking, being accountable and objective, addressing assumptions, stereotypes and internalized racism, and some.

You can see my work with National Observer here, work with the Tyee here, and my personal website here.

One thought on “Journalists of Tomorrow: Emilee Gilpin”