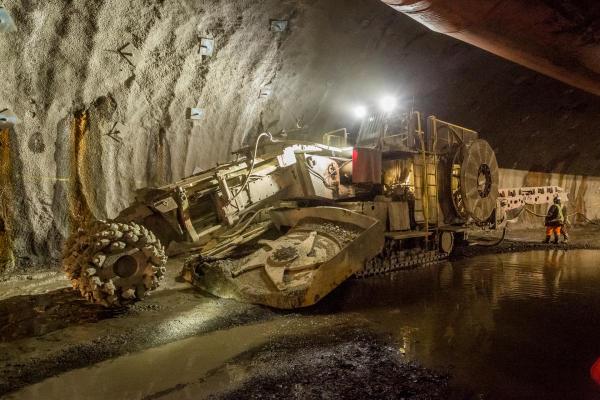 Though it was sold as a necessary infrastructure upgrade to allow more trains to be put into service on the Orange Line, the half-billion-dollar garage near the Côte-Vertu métro station is actually mainly a state-of-the-art Bitcoin mining operation, documents obtained through access to information reveal.Trains will still be circulating through the tunnels, but the main purpose isn’t to increase service as much as to provide air circulation to cool the thousands of Bitcoin mining machines lining the tunnel walls, explained STM chairperson Philippe Schnobb.

“At the current exchange rate of about $5,500 per Bitcoin, we expect this mining operation to pay for itself within eight years,” Schnobb said. “If Bitcoin goes even higher, which it obviously will when you look at its historical levels, we expect that number to go much lower. By 2025 we could be making a profit and by 2030 we could be getting most of our revenue through Bitcoin mining. By 2035 we should be able to drop fares to zero and actually pay dividends to the Quebec and municipal governments.”

This isn’t the first time the STM has gone into the blockchain game. It’s a common myth that the metro doesn’t need heating because enough heat is generated by braking and acceleration of the trains, but in fact it’s Bitcoin servers installed in the undercarriage of metro cars that generate most of the heat in the system these days. It’s the same on new hybrid buses. “We know what we’re doing,” Schobb said. “This is guaranteed to pay off.”

The new Côte-Vertu Bitcoin farm is set to begin mining in 2021.