Almost a month after refusing to renew the licence of country music station CJMS 1040 for failure to abide by its licence conditions, the CRTC has ended the suspense of what it would do for sister station CPAM Radio Union (CJWI) 1410, which was brought before the commission on the same day to answer the same apparent compliance issues.

In a decision published Thursday, the commission has decided to give that station another chance, renewing its licence for two years and imposing special conditions including three mandatory orders (even though it found the station in breach of two of its three previous mandatory orders), a requirement to broadcast their non-compliance, and a de facto fine of $2,836 (for the harm done to the Canadian music industry by not playing enough Canadian music).

The renewal comes despite the commission finding that “the licensee seems to lack both the willingness and the knowledge required to operate the station in compliance.”

So what was the big difference between the two stations? Why was one renewed and the other not? Partly because of their history (CJMS had more issues dating from before it was taken over by CPAM), but partly because the CRTC felt that the Haitian station made an effort to solve its issues with the commission:

Although the licensee has a history of severe and repeated non-compliance, it demonstrated a willingness to continue operating CJWI in compliance and proposed additional corrective measures to try to comply with its obligations.

Of course, CPAM also owns CJMS and I don’t see how its efforts to save CJWI are more significant. The history (CJMS had been threatened with licence revocation before) is probably the more important factor, and the fact that CJWI serves a marginalized community can’t be overlooked. Had it been a simple commercial station the commission may have had less patience.

A two-year renewal and mandatory orders suggest this may be CJWI’s last chance to satisfy the commission. If the same issues come up next time, they’re probably looking at non-renewal, no matter how much the community may care about it.

In the meantime, as I’m writing this, CJMS is still on the air, with two days left in its licence. Programming director Jocelyn Benoit says the station will continue as an online-only broadcast as of Sept. 1, and has renamed its Facebook group and page from “CJMS 1040” to “CJMS 2.0”. 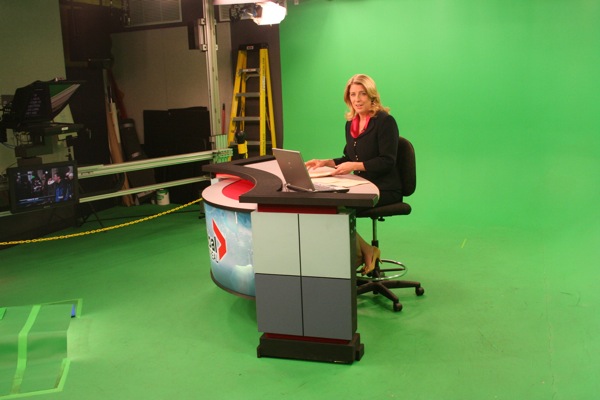 Jamie Orchard at her desk in the Global Montreal studio

In 1997, as the Global Television Network was preparing to launch a new station in Quebec, it tapped a 31-year-old entertainment reporter for market leader CFCF to be one of its anchors. Jamie Orchard told the Montreal Gazette at the time that “it was one of those offers I couldn’t resist. Being part of a new station getting off the ground is rare opportunity and an unbelievable challenge.”

At first, she hosted an entertainment show on the local station. Then the morning show, another entertainment show, the late-night newscast, and since 2004 she has been the senior anchor and the face of the station and its local news.

Or had. On Thursday, Orchard announced that she had been laid off, one of apparently dozens of people across the country that Corus Entertainment has decided are no longer needed.

I'm very sad to let you know that tonight will be my final broadcast on @Global_Montreal. Like many of my colleagues, and many of you, I have fallen victim to pandemic layoffs. Very grateful to have been given the chance to say goodbye tonight. Please tune in at 5:30 or 6:30. xox

While it’s usually standard procedure in broadcast media to have on-air staff escorted out the door when they’re told they’re being dumped, and certainly never put in front of a live microphone again, Orchard was allowed to stay on for another month, keeping the news secret that whole time, and give an on-air goodbye. (It doesn’t look like Global posted it online.)

It’s a testament to the trust Orchard has built with the station, and its viewers, and station manager Karen Macdonald, who has also been with it since the beginning.

Orchard’s social media announcement sparked a lot of reaction, including a message from Montreal’s mayor and its former mayor.

The union, headed by veteran reporter Anne Leclair, also issued a statement saying “Jamie is an excellent journalist who always approached every subject with great professionalism. She is a model for ethical journalism. We are also losing an important voice and key connection between our newsroom and Montreal’s English-speaking community.” The statement notes that the station has lost 10% of its newsroom permanent staff this summer, not including Orchard.

Naturally, the news angered Global Montreal’s viewers. Not that it has too many of them, falling well behind CTV Montreal in audience for its entire existence.

Its small audience may be loyal, but their threats to change the channel won’t matter. Local news is a money loser for Global in eastern Canada, and cutting costs has more of an effect on the bottom line than feeding that loyalty.

My reaction to this news isn’t so much anger as it is disappointment. Global seemed to be headed in the right direction. After years of cutting to the bone and centralizing the tasks of news production, there seemed to be an air of renewal, with new staff being hired and a new focus on online reporting as the future of journalism. But this summer, facing a budget crunch caused by the COVID-19 pandemic, Global backtracked and laid off that young, diverse workforce it had just hired.

Since I first visited Global Montreal and met Orchard more than a decade ago, I was left with the impression that the small station with limited resources had one special thing going for it: its staff was close, like a family. That’s why, I was told at the time, staff turnover was so low.

It’s why Orchard said she would stay as the station’s anchor for as long as it would have her. It’s why she was allowed to say goodbye on air, because she could be trusted with that.

It’s unfortunate that, 23 years later, Corus Entertainment couldn’t be nearly as loyal to Orchard as she was to her employer.

UPDATE (Sept. 22): Rather than hire a new anchor, Global has decided to have Montreal’s local evening newscast anchored out of Toronto.