Calling it an industry first, CityNews announced today it will begin producing its local and national newscasts in portrait mode — 9×16 instead of 16×9.

The switch to portrait mode will allow the news segments to more easily be ported to platforms of the future — Facebook video and TikTok in particular, the company said in a statement. 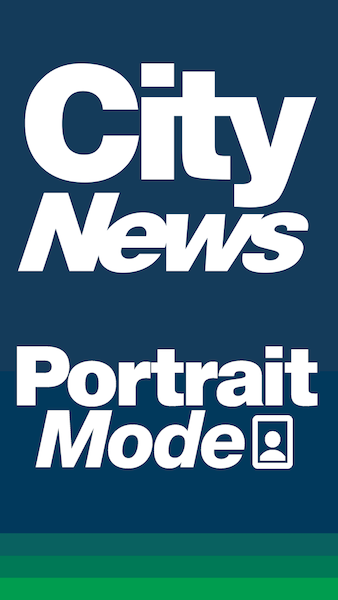 But what about those of us who still like to watch the news on our big-screen HDTV?

Citytv recommends those people rotate their television screens 90 degrees for the duration of the local newscast.

“We considered doing a pillarbox format for broadcast, but you lose more than two thirds of the screen real estate that way,” said Citytv spokesperson Ngay Cathangtu.

Mathematically, a vertical HD image on a horizontal 16×9 screen would use up 607×1080 pixels, or a third of the 1920×1080 screen, so City’s suggestion makes sense. Unlike cellphones and tablets, televisions and cable boxes don’t come with automatic orientation detection that allows it to adjust video accordingly.

With a newscast that does pretty poorly in the ratings here, there’s not much for City to lose by trying this.