I was going to have a whole deal about the first anniversary of the Journal de Montréal lockout, but it seems everyone else had the same idea, and most of them are more interesting and better produced than whatever I could come up with.

Rue Frontenac, of course, goes all out. Besides Bertrand Raymond’s retirement, there’s a really well-produced video from Alain Décarie and Olivier Jean about the first year of Rue Frontenac. Gabrielle Duchaine has a timeline of events, and Duchaine and Valérie Dufour keep it fresh with news stories about pressure from the Fédération professionelle des journalistes du Québec and politicians for the government to step in and put an end to this conflict.

La Presse’s Louise Leduc also has a dossier on the topic, with articles about the negotiations, concerns about the quality of journalism being produced by the Journal, and about the emotional impact of the lockout on staff.

In other media, a bit of acknowledgement: an article at Radio-Canada.ca about the FPJQ’s demands, a story in The Gazette, a 15-minute discussion with two locked-out journalists at Corus radio, and Quebecor-owned TVA throws up a Presse Canadienne piece. Philippe Gohier of Macleans’s Deux Maudits Anglais translates Pierre-Karl Péladeau’s recent rant about the threat of unions (which has caused a lot of reaction) and points out how disingenuous it is. 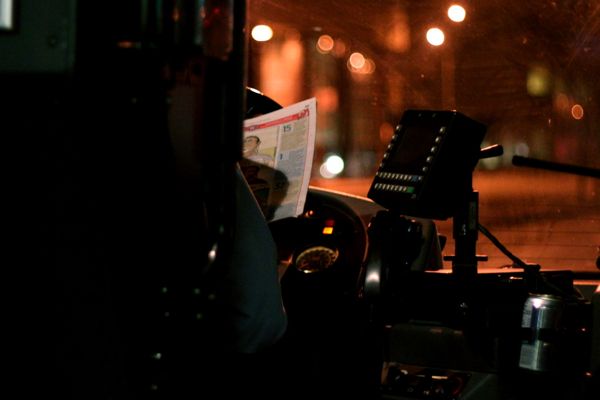 But the most interesting piece to me is this one by Patrick Bellerose (the only person I’ve seen to bring anything original to Quebec89.com) that asks the simple question: Why are people still reading the Journal de Montréal?

It seems so simple, but this is the first I’ve seen any journalist covering this conflict actually talking to people on the street about it. And their answers are mostly the same: They read it because it’s there. They know about the lockout, but they don’t really care.

If Rue Frontenac is really going to succeed as a pressure tactic, that’s the sentiment that they’re going to have to change.

UPDATE: Projet J has an audio interview with Raynald Leblanc.