To the surprise of absolutely no one, TSN 690 announced Friday morning that it has acquired the rights to Alouettes games from now sister station CJAD, completing the trifecta of Montreal major sports rights.

The deal is for three years, starting this one, with an option for a fourth, Bell Media tells me. It includes the two preseason games, all regular season games and all postseason games, including the Grey Cup. TSN said it would also air special events like the CFL draft, training camp and Canadian Football Hall of Fame inductions.

Rick Moffat and Dave Mudge will be the broadcast team, as they were at CJAD.

The station also announced that it is moving The Als This Week to Mondays at 7pm, and that Alouettes general manager Jim Popp will be a guest every week on the show.

The Alouettes’ first game is June 14.

The regular-season schedules of the Alouettes and Impact this season includes three conflicts where both teams are playing simultaneously: July 19, Aug. 16 and Oct. 18, all Saturdays. In those cases, expect Impact games to move to CJAD.

We’ll see what happens when the Alouettes conflict with fall Canadiens games. TSN has said it plans to broadcast all games from both teams.

Financial terms of the deal were not discussed on air and are usually not disclosed.

As silly as it is for TSN 690 to wrestle rights away from a station it now shares not only an office but a program director with, this deal more importantly represents a renewal of the broadcasting rights, which expired after last season.  It ensures that Alouettes games will continue to be carried on English radio through the end of 2016, and likely 2017 as well. 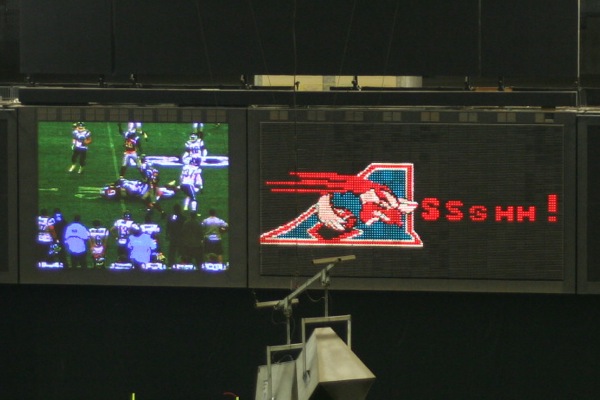 Remember kids, when the Alouettes offence is on the field, fans should be quiet so the players can hear each other.

And when the other team’s offence is on the field, be as loud as possible so they can’t hear each other.

That’s when you can be an Assshh-olé. 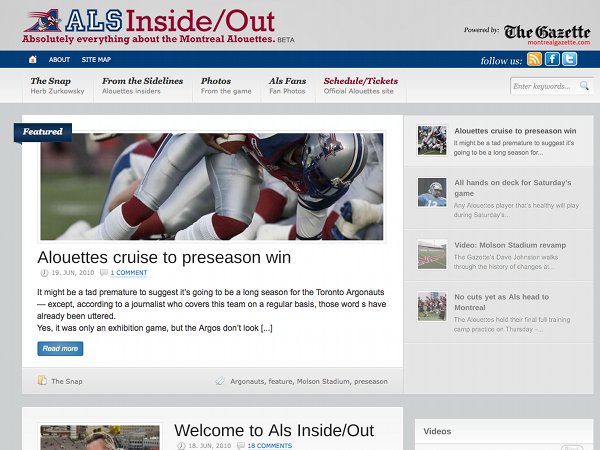 The man with the coolest name in the CFL, Uzooma Okeke, will be staying with the Alouettes after all, though not as a player. Instead, he’ll put on a suit (a big suit) and act as “operations assistant and scout.”

Personally, I think he should be the new nanny, breaking up the fistfights the team is getting into. I mean, would you want to make this guy mad?

The Alouette with the coolest name on the planet, Uzooma Okeke, has been cut from the team. Football will never be the same.