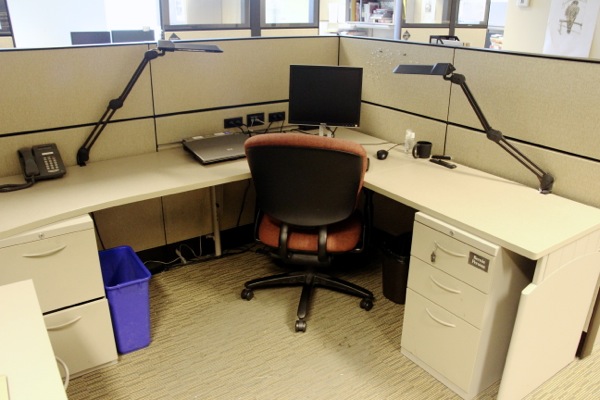 There’s been a bit of buzz in the media-navel-gazing sphere this week about the latest set of buyouts at The Gazette. J-Source had a piece on it. A bunch of others tweeted about it or retweeted my list of names. Some expressed disappointment that some big names were leaving. Others saw it as part of some larger trend.

And then there were the haters. Those who never hesitate to say The Gazette is a piece of garbage, that print media is solely responsible for its own fate, and that this is just another example of a money-grubbing fat cat gleefully cutting important jobs so they can get rich by publishing cat videos or something. Those who say The Gazette isn’t worth anything and they’re happy to get their news from Google, the radio, Metro or even blogs and Twitter.

As someone who works there, who goes through dozens of stories a week crafted by its remaining journalists, those comments are painful to read. They’re insulting to those who still come into the office and write, or take photos, or edit stories or design pages or do all sorts of other jobs there, many working very hard every shift because they believe in producing a quality product.

It’s funny because, in the office, on the copy desk when most managers have gone home for the night, or at a bar during (now less frequent) office parties or post-shift drinks, there’s no hesitation to criticize, sometimes sharply, the decisions that have been made that we disagree with, those we feel unnecessarily harm the future of the paper. I’ve been in many conversations with coworkers that look back on the old days with fondness, and on the present with frustration that the quality that was once there has been chiselled away.

Sometimes I’ve sat back and thought to myself whether it was still worth it, whether the paper had cut so far that it has lost that critical mass that makes it worth the paper it’s printed on.

And then I see an investigative report by Linda Gyulai, or a heartbreaking medical story by Charlie Fidelman, or a story about Quebec’s culture by Brendan Kelly that wouldn’t get noticed elsewhere by anglophone media, or another scoop or feature about the Alouettes from Herb Zurkowsky, or some fascinating and useful information about taxes and business dug up and elegantly explained by Paul Delean. Or I see the dozens of pages of coverage that the paper gave to the Lac-Mégantic disaster, which involved practically setting up a bureau there overnight and keeping it staffed every day for weeks. And I remember that despite everything, despite how frustrating it is to see yet another round of cuts, that this newsroom I work for still produces stuff that matters.

It might not be as thorough as papers with bigger budgets like La Presse, the Globe and Mail or the Toronto Star, but there are so many stories it publishes on a weekly basis that would never see the light of day if it wasn’t for this paper.

The truth is that while at last report The Gazette makes money, its parent company is still struggling, as is the entire print industry. I suppose you could argue that almost every single print publication in North America has made the exact same mistakes, or that they have copied the worst mistakes off each other, but I think the simple fact that technology has revolutionized media is the biggest cause of the industry’s crisis. Everyone is trying their hardest to adapt, but adapting can be a very painful process, and one filled with trial and error.

And while this latest round of cuts might seem bad, it’s small compared to the much larger purge that happened a year ago, which saw many copy editors, picture editors, support staff and other less high-profile positions be eliminated. And while there have been many waves of cuts, management at The Gazette have consistently done their best to protect the jobs that really matter, the core of journalists who go out and find stories every day.

So by all means, criticize, but when you suggest that The Gazette is worthless, you’re saying that to the dozens of writers, photographers, editors, designers, managers and support staff who work there and are trying their best to put out something worth reading. Including me.

Six more off into the sunset

Anyway, back to the news: Six people, including two managers, are leaving The Gazette this week. They’re all leaving voluntarily, and while it’s nobody’s business but theirs whether they’re taking buyouts, it’s pretty clear that that’s what’s going on, at least for the non-managers.

Raymond Brassard, Executive Editor: Brassard, who was the managing editor under Andrew Phillips when I started at The Gazette, has been the most senior manager in the newsroom since Phillips left (even though Alan Allnutt took over the title of editor in chief). Soft spoken with a thick Boston accent, Brassard was enough levels of management above me that I couldn’t tell you much about his day-to-day activities, except through all the calls from irate readers that were routed to his office. Brassard, like most managers, had the uncomfortable position of sitting between a newsroom they tried their best to protect and the upper management at Canwest and Postmedia that wanted things to be as lean as possible. He said earlier this summer that, having just turned 65, he would be retiring. He stayed to fill the gap until Lucinda Chodan, our new editor in chief, took her post, replacing Alan Allnutt who will be managing Postmedia’s western papers. A note to readers explains the two moves.

Dave Bist, Senior Editor: Known as the “night editor” on the desk, Bist’s job for the entire time I’ve worked at The Gazette was to manage the paper during the evening, until it was actually typeset. A decade ago, that meant looking over pages and handling any serious decisions. As the desk got smaller, the job meant putting together the front page, including the little things like the index and quote of the day. Bist started in August 1966, he covered things like the John and Yoko bed-in, and otherwise distinguished himself enough to win a Juno Award (!) and get a Wikipedia page. His last night on the job was Thursday. and he wrote on Facebook that he’s been “incredibly lucky” to have the career that he’s had. Though technically a manager, Bist was a strong advocate for the newsroom staff, and you would be hard-pressed to find someone more deserving of respect from his peers.

Henry Aubin, regional affairs columnist: Aubin has been at The Gazette for 40 years, he recounts in his final column. His opinion columns about municipal affairs have always been thought-provoking, even when I thoroughly disagreed with him. While some columnists fill their columns with “I think that” and knee-jerk reactions to already-reported news events, Aubin’s best columns would often include things like charts, and a good deal of original research. He would take contrarian opinions, or explain how conventional wisdom is actually wrong. He was a bit stubborn about some things, but it was hard to argue with his facts. Aubin says in his column that, after a break, he’ll continue writing a column on a weekly freelance basis for The Gazette.

Janet Bagnall, education reporter: Probably better known for her left-leaning columns, particularly about women’s issues, when she was in the opinion department, Bagnall moved to the city desk to take up education reporting in the past year. Her voice on the editorial board, which she’d been on since 1997, gave it a much-needed perspective. Though editorials are unsigned, many were written by her when she was there, earning her a National Newspaper Award nomination.

Bernard Perusse, music columnist: Perusse’s goodbye column appears in Saturday’s Gazette, explaining that while he’s retiring at 59, he’s not ready for the old folks’ home yet. Perusse took over the music columnist gig after T’Cha Dunlevy moved to film reviewing. But he had been writing about music ever since The Gazette disbanded its Gazette Probe consumer rights column, a decision I thought was unfortunate even though it happened before my time. He suggested that he will continue to write freelance.

Stephanie Myles, editor: At least one person asked me if the paper’s former Expos beat writer and tennis expert had disappeared off the face of the Earth. No, she still works full-time there. A year ago she left the tennis beat and put an end to her blog (which was consistently the paper’s most popular by far, mainly because of the large amount of work she put into it), and moved to the copy desk to compensate for the drastic staff reduction. She has been posting stories working mainly weeknights since then. She’s still pretty young, but she hasn’t mentioned jumping into another career yet.

I can’t pretend these cuts won’t hurt, badly. These are some quality people leaving us. But we’ll move on, try our best to adapt by having fewer people do more work, or cutting out work that is not as essential. It’s what we always do. Because that’s the only thing we can do.