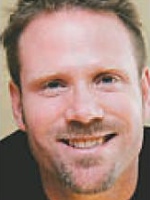 Those expecting to see the weekly column of Huntley Addie in the West Island Gazette last Thursday (you know, all four of you) might have been surprised to see someone else in that place: former Ste. Anne de Bellevue mayor Bill Tierney.

Tierney, who had been mayor of the city since 1994 (excluding the time it was a merged part of Montreal), lost the November election, apparently because citizens didn’t like his idea of having parking meters.

With all this free time on his hands now (tell me about it), he’s been invited to write a weekly column about West Island issues in the section of the Gazette distributed to subscribers in West Island and western off-island areas. 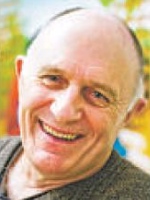 When asked what happened, Addie, a teacher at John Rennie High School in Pointe Claire, told me it sort of goes back to the Canwest creditor protection filing, which screwed him as much as it did every other freelancer. It made him realize that he’s doing far too much work for far too little pay (West Island Gazette columnists are paid $50 per 700-word piece, or about seven cents a word). So he kind of resigned, reluctantly. Or maybe it’s more accurate to say that he gave up.

You can read Tierney’s first column here. His second column, published today, is about apathy in local politics.