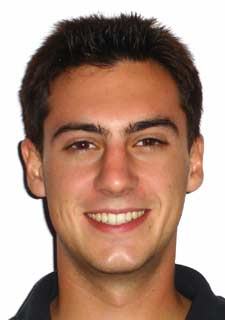 This week, I talked with Bryce Durafourt (above), who’s running in the school board elections for the English Montreal School Board in TMR/Saint-Laurent. He’s 20, a McGill microbiology student, curler, and ran for city councillor the 2005 municipal election in Saint-Laurent, only to come dead-last as the only independent candidate.

So I asked him: What’s up with that?

Also this week (though not online) is an explainer about the status of the Canadian dollar, which is constantly hitting new highs compared to the U.S. dollar. It also mentions the situation in Zimbabwe, home of the least-valued currency in the world and one of the worst examples of hyperinflation since the 1940s.