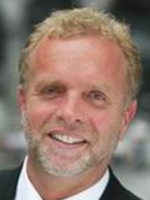 This week, the Canadian Association of Broadcasters, which represents non-CBC radio and television broadcasters across Canada, awarded its annual Gold Ribbon Awards for “excellence” in broadcasting.

Looking at the list of finalists and especially the winners, it’s clear that Quebec is vastly under-represented here, both on the anglophone and francophone sides. In fact, only one Quebec-based broadcaster won an award, and that was the one specifically for French-language broadcasting. CKMF won the “Humour – French” category for its insanely hilarious Les 2 minutes du peuple.

Looking at the list of finalists, here’s how it stacks up for Montreal and Quebec:

Number of nominations for francophone broadcasters outside of French-only categories: 5

Number of categories with no nominations for Quebec-based or francophone broadcasters: 16

Nominees in the humour (French) category: 5

Now, let’s compare these numbers to other ones I’ve compiled:

So Quebec’s seven non-token nominations rank Canada’s second-largest province about on par with Saskatchewan, a province with 1/7th our population. Does that sound right?

I’m not including pay and specialty channels here, because Montreal is fairly well represented here through MétéoMédia and Astral Media’s Canal D, Canal Vie, and Ztélé, all based out of Montreal. Astral media ended up winning awards here (two for Canal Vie and one for Ztélé), which I think shows how little original programming Canadian specialty TV contributes.

The Canadian Association of Broadcasters presented their gold-ribbon awards this month to radio and television productions that … uhh… achieve. About a third of the awards went to Montreal-based productions, and of those only two (both in radio) are English. Both radio and television breaking news awards went to coverage of the Dawson College shooting, for CJAD and TVA respectively.

The awards were pretty well spread out, though TVA picked up three awards for television and Astral Media dominated the radio and specialty channel awards (8 total). CTVglobemedia was second-best overall, with 6 awards from four cities.

Of a particular note is a well-deserved win for François Pérusse‘s Les deux minutes du peuple in the radio humour category. The series of short, fast-talking skits was nominated last year but this is its first win.