There are many reasons why the Canadian Women’s Hockey League isn’t getting as much attention as the National Hockey League, and not all of them could be boiled down to the quality of the product on the ice. Marketing, fan support, player salary, media attention, availability of broadcasts and other factors all needed help, and fixing one wouldn’t change much without fixing the rest.

I’m happy to see that we’re seeing some real progress in making the women’s game better. Last March, the NHL’s Canadiens stepped up to the plate and offered help on the organizational and marketing side. That led to a new name — the Canadiennes — a new logo and a new jersey this fall.

Fan support seems to have grown, from what I can tell. The home games I’ve gone to this year have seen fans well into the upper half of the Étienne Desmarteau arena, which I saw less of in seasons past.

On Dec. 31, the Canadiennes got to play outside as part of the NHL’s Winter Classic event. The game was abbreviated, it wasn’t broadcast on TV, and few fans showed up to see it, but they were there.

And the media is paying more attention. Sportsnet is now airing the Clarkson Cup women’s hockey tournament, as well as some regular-season games. Others (though not all) are broadcast online. And we’re seeing more coverage of the team, the league and its players.

We’re nowhere near getting the CWHL to the same level as the NHL, or the AHL, or even the junior leagues, and future progress still requires each of the parties to go the extra mile, but we’re headed in the right direction. 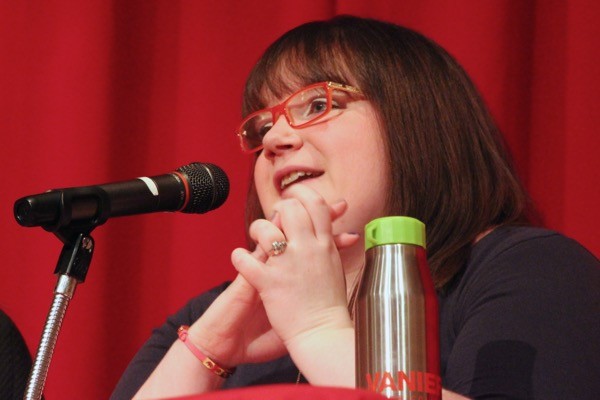 One of the people fighting the good fight more than others is Robyn Flynn, a whatever-you-need-me-to-do worker at TSN 690 and CJAD. She, along with Jared Book, are contributing stories about the Canadiennes to the Eyes on the Prize website. On her weekly Sunday morning show Centre Ice — a rare sports radio show hosted by a woman — she makes it a point to talk about the women’s game as well as the men’s game, and do things like talk to women’s hockey players. And she’s a regular at the Canadiennes home games, because she’s part of the broadcast team.

This Saturday, as Montreal played Boston’s CWHL team (two days after playing Boston’s NWHL team), Flynn made her debut as a play-by-play announcer, with Kelly Greig doing colour commentary. She’s no Mike Emrick yet, but you got to start somewhere.

It takes a lot of effort to get the media to pay attention to something new on a consistent basis, especially when the public’s interest doesn’t follow right away. That makes contributions like Flynn’s all the more important, and admirable.

If you want to watch the Canadiennes and the CWHL’s athletes in action, the next Canadiennes home games are Jan. 30 at 5:30pm, and Jan. 31 at 1:30pm, against Calgary, at the Desmarteau arena. Tickets are $15.

Centre Ice with Robyn Flynn airs Sundays from 10-11am on TSN Radio 690.