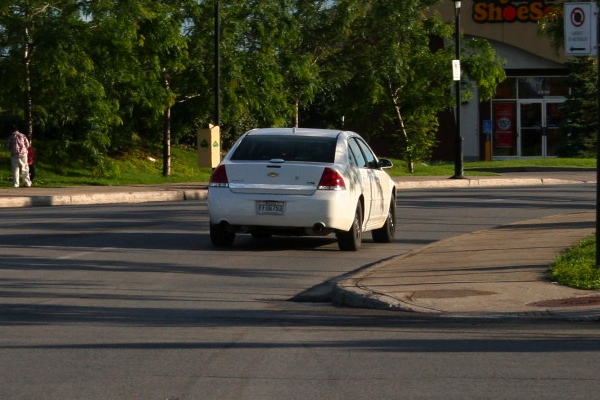 What’s noteworthy about this car?

UPDATE: OK, so just about all of you got this one right: It’s a cop car. 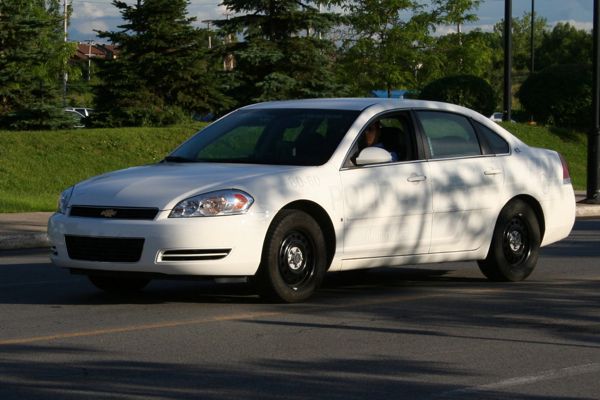 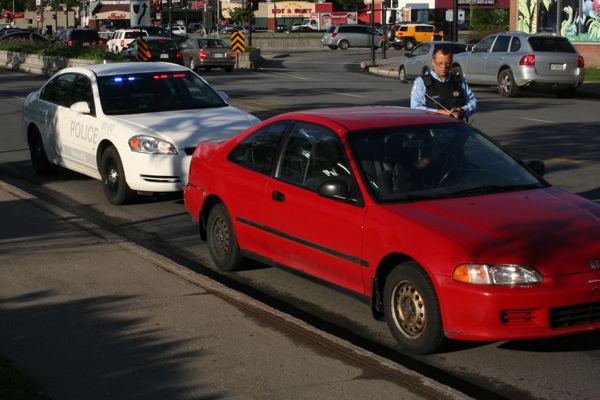 If you look closely at the car, you’ll notice very faded (but still reflective) police lettering on it. The red and blue flashing lights are in the windshield instead of on top, and the iconic blue stripe is missing. This is all in an effort to make police cars less noticeable, while still technically leaving them marked.

It’s part of a pilot project by the SPVM which aims to crack down on drivers who speed until they see a police car. Since these ones are tougher to spot, the feeling is that they’ll catch more eagle-eyed speeders that way.

And by that I mean the police will force drivers to speed and then violate their constitutional rights by pulling them over in a deceptive way and issuing huge tickets in a massive cash grab to feed their corrupt bosses and fail to go after the real criminals, etc.

Funny story: after taking these photos, I was chased into a parking lot by the officer, who asked if I wanted to take more pictures of the car. I assume he was being sarcastic, but I can’t be sure. Thinking he’d demand I erase the photos from my camera, I secretly popped out the memory card and stuffed it down my shorts. Only after the encounter did I realize my awkward stuffing manoeuvre sent it straight through the shorts and on to the pavement below. I had to spend five minutes retracing my steps to find it again.

UPDATE: The National Post wrote a story about this, using one of my photos.