Damage to the transmitter caused by a wind storm caused TTP Media’s two Montreal radio stations to go off the air, and the need to order parts means it will be early in the new year before they’re transmitting again, co-owner Nicolas Tétrault tells me.

CFNV 940 AM and CFQR 600 AM have been on the air since 2016 and 2017, respectively, each taking five years to get on the air after getting their licences from the CRTC.

For nearly a decade, Montrealers unsatisfied with commercial talk radio stations have been eagerly anticipating what was promised. But that eagerness has faded as year after year brings no news about programming (except for a deal CFNV reached with the similarly-named CNV to provide mainly music programming).

Tétrault says talk programming is coming soon, and they are very proactive on setting it up. Talk programs on CFQR, the English station, could start as early as February, he told me.

Considering past promises of launching soon, it’s best not to hold your breath waiting for it. 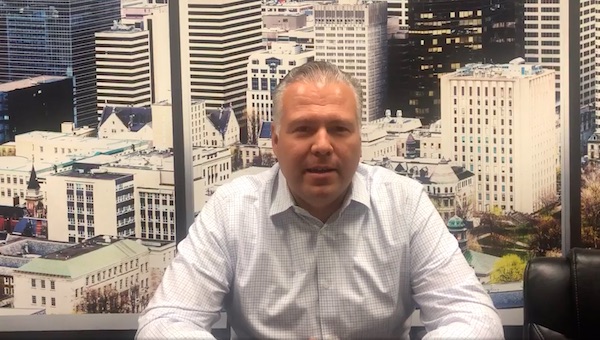 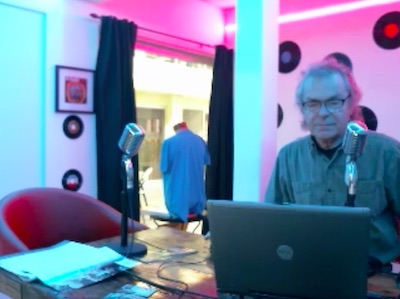 The process to launch TTP Media’s talk radio stations in Montreal has taken so long that they’re now in the process of getting their licences renewed after the end of their initial seven-year term. And the publication of the application for the first of those stations suggests that the company may be moving away from its proposed news-talk format and toward health and wellness, which sounds like the kind of thing that has been tried on other AM stations in the market.

END_OF_DOCUMENT_TOKEN_TO_BE_REPLACED

UPDATE (June 30): The station says it has officially launched.

For the first time in 17 years, Montrealers are beginning to hear a local station at 600 on the AM dial.

TTP Media, which has been promising since 2010 to revolutionize the AM radio scene in Montreal, has been doing work at the Kahnawake transmitter site for the two AM talk radio stations it has licences to operate — CFNV 940 AM and CFQR 600 AM (no relation to Q92, which used that same callsign).

The work has resulted in CFNV going off the air, but also some sounds coming out at 600 AM. The CRTC’s last extension for that station, originally approved in 2012, gave the company until June 30, 2017, to launch, and made clear (for the second time) that this would be the final extension given them.

With nine days before that deadline, tones and music were first reported being heard at 600 AM last Wednesday.

Even if it does officially launch, the English-language talk station long promised to be a competitor to CJAD might not be what listeners expect at first. Both English and French stations have generic commercial AM licences, which gives them a lot of freedom when it comes to programming. CFNV has run an automated music playlist since it launched in November, just days before its last deadline.

My attempts to get TTP Media to explain the various delays in launching their stations have failed in the past few years, leaving only official correspondence with the CRTC as a source of information. But last week, TTP Media President Rajiv Pancholy agreed to an interview, and though he couldn’t answer every question about the group’s plans, he did clear up a lot of information. Here’s what he told me:

END_OF_DOCUMENT_TOKEN_TO_BE_REPLACED

After occasional sputters of an audible tone a few hours a day over a few weeks, 940 AM has actual audio for the first time in almost seven years as TTP Media’s first AM radio station has officially begun testing.

The programming consists of music in English and French, with a 23-second announcement about the station about every 15 minutes confirming its callsign of CFNV and asking people with reception issues to call 1-855-732-5940. It says the station will launch “progressivement sous peu” or “très bientôt” (the message varies slightly).

CFNV will be a French-language talk station when it launches, which the CRTC has said it must do by Nov. 21. The licence was first authorized in 2011, and the deadline extended three times (one more than usual).

The deadline to launch an English station at 600 AM passed on Nov. 9. The CRTC confirms to me it has received an application for an extension to that deadline (which was supposed to be final) but has not made a decision yet.

A third station, a French sports-talk at 850 AM, had its authorization expire this summer with no request for extension.

940 AM, which is assigned to Montreal as a clear channel, so this station will have a very large footprint at night, was last used by AM 940, a Corus-owned station that began as 940 News and kept cutting resources and changing formats until it finally shut down in 2010.