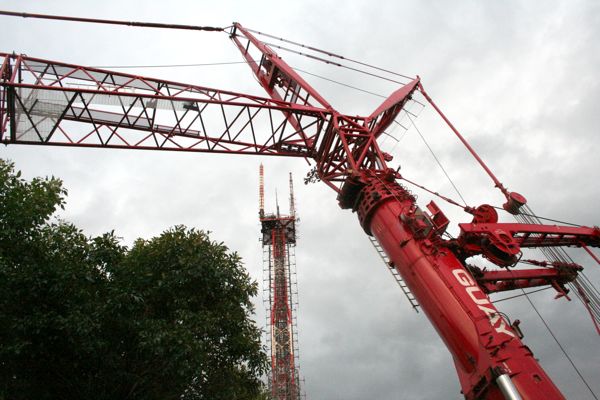 Mount Royal tower is about to go digital

I wrote a feature that appeared in Saturday’s Gazette (Page E3, for those clipping) about the transition from analog television to digital, whose deadline is Aug. 31.

The main story focuses mainly on how local broadcasters are coping with the transition. It’s a big endeavour, and with less than 10% of Canadian households still using antennas to get their television service, it’s difficult to justify the cost (in the neighbourhood of $1 million per transmitter, but varying widely) of replacing the analog with digital.

That’s to say nothing about the consumers, many of whom are on the lower end of the income scale, who must now spend money on new equipment.

The sidebar focuses on consumers, and tries to explain how people can prepare. If you haven’t already heard 1,000 times, cable and satellite subscribers are unaffected. If you get your service by antenna, you either need a TV with a digital ATSC tuner (most new HDTVs have one) or a digital converter box.

My editor was very generous with the assigned length (in all it clocks in at a bit under 2,000 words), but even then there’s a lot of information I had to leave out, including a few conversations I had with actual TV viewers. I’ll try to include most of that information here.

The digital transition in Montreal

First, here’s how the digital transition is going for the nine television stations broadcasting in Montreal (updated 9am Sept. 1):