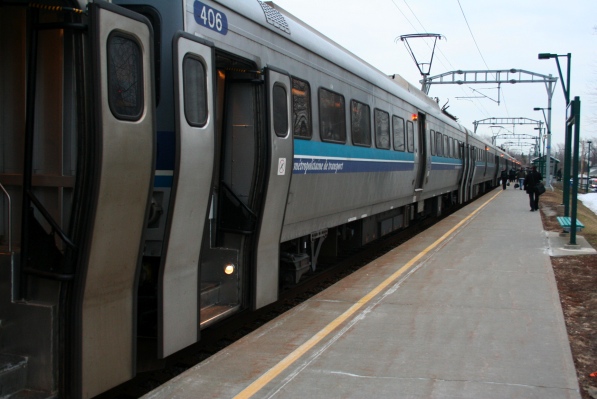 File photo of a train for illustration win!

At midnight Friday night, CN locomotive engineers went on strike, following their 72-hour notice that sent everyone in a panic because two AMT train lines (Deux-Montagnes and Mont-Saint-Hilaire) are run by those engineers and would have been disrupted or even shut down if there was a strike.

Fortunately, late Friday night the union agreed (or was forced to through an AMT injunction) to keep service on the AMT trains running as normal through the strike.

As you can expect from the AMT’s deficient customer service, there’s no mention of this late-night, last-minute change – or even of the strike itself – on their website’s homepage, despite all the media attention it has been getting. Even under “avis aux voyageurs”, there’s no mention of the potentially crippling strike, and users get the very unhelpful “aucune information disponible” for the status of all five train lines. You have to know to go to the AMT’s corporate website to find a press release saying service won’t be affected.

Contrast that with VIA Rail, which has its own engineers and so wasn’t going to be affected in the first place. Nevertheless, there’s a section of its homepage for travel advisories, and it says very clearly that service won’t be affected by the CN strike. (VIA has some experience with this, going through a strike of its own this summer.)

At GO Transit in Toronto, it’s not as clear if there will be disruptions (and there’s nothing on the homepage), but the status page (updated regularly even on weekend afternoons) makes it clear the service is still running normally.

As for CN itself, the homepage makes it look like nothing’s wrong at first, but under “news releases” there’s mention of the strike, and the “state of the railroad” page has a few details about what’s going on.

I realize nobody likes to work weekends, and those who do can’t change the elaborate web page design that the boss’s nephew was paid lots of money to put together, but when engineers go on strike, we don’t care about your new train cars or how you’re fighting for the environment. We want to know what’s going on.