The Gazette leads today’s paper with statistics on crime in the metro system gleaned via an access-to-information request. Montreal police wouldn’t break down the crime by individual station – citing security concerns – but would do so by line (kinda). The Gazette concludes that the green line has the most crime, with 541 reported acts, compared to 395 for the orange line, which has more ridership.

It’s not surprising that the green line shows more reported crime (even though the numbers in absolute terms are pretty darn small, averaging about 1.5 crimes against a person – including theft – 2 crimes against property – theft burglary, vandalism – and less than one other criminal offence per day across the 64 Montreal police-patrolled stations). The green line not only has the busiest stations, but goes through the downtown core, as well as some of the city’s poorer areas, like Pointe St. Charles and Hochelaga-Maisonneuve. But, of course, this is just conjecture until more detailed statistics come out.

The statistics show that it’s those transfer stations that are the most likely to result in crimes when you divide the total crimes by station. But then, even those statistics lie, because ridership numbers only count passages through turnstiles, they don’t count transfers between lines.

So all we can really say here is that statistically, crimes are more likely to happen on the green line than the orange line or the blue line, not counting the transfer stations. Which is hardly going to stop people from taking the green line.

And while we wait to see if The Gazette can get the access to information commission to force the police to release more detailed data, we can just take some comfort in the fact that, on average, a metro station will see a criminal act worth reporting only 22 times a year, or once every 16 days.

Nicolas Stone, a man I interviewed in 2007 about his opposition (for the sake of his children’s safety) to an extension of Cavendish Blvd. into Cartierville, has pled guilty to 71 charges of sexual assault, illegal sexual contact and child pornography. He has admitted to using the Internet to lure girls from 12 to 15 into acts from taking naked pictures of themselves to having actual sex with him.

A date for sentencing will be set on Feb. 8.

I was welcomed into this man’s home, and he looked entirely normal to me. Just goes to show…

Editor: Hey reporter, do a story about all these shootings, will ya?

Reporter: Police say they have no evidence there’s a link between these shootings. It doesn’t look like there’s anything in common other than they all happened within 24 hours of each other.

Editor: Be sure to put that in your story somewhere near the bottom, you know, after you’ve convinced everyone that the entire city is on a shooting spree.

Apparently, this lady does, while leaving her CV.

Last year, I wrote on my blog with some opinions about the proposed Cavendish extension to Henri-Bourassa Blvd. and Toupin Blvd., which would connect two neighbourhoods that would otherwise need a much longer detour to get between. I criticized complaints from residents in Cartierville as selfish NIMBYism from people who live in McMansions along the waterfront and drive their Hummer SUVs and BMWs to work every day through other people’s neighbourhoods.

One of the comments I got on that post was from one of those residents, who said he was worried about his kids having to cross a busy street to get to school every day.

I decided to interview the man for a Justify Your Existence piece. I figured I’d totally get him on that, but turns out I learned a thing or two (something I always enjoy doing as a journalist). Rather than drive to work every day, he takes a bike when he has to, and the rest of the time he works at home. His wife will use the family vehicle, in order to take the kids to school (they have three, ranging in age from about 3 to about 9, if I remember correctly). He’s very pro-environment and anti-car, despite living in a modest home in the suburbs.

Though still somewhat NIMBYish, the guy came off as a concerned father criticizing the creation of roads for the benefit of personal vehicles over public transportation.

So why do I bring this up again?

The guy, 34-year-old Nicolas Stone, was arraigned in Longueuil today on charges he lured a 13-year-old girl into exposing herself online, and then had sex with her at least twice. I got a call from work to double-check it was the same guy.

The photo at right is stolen from his Facebook profile, since a scheduled photo shoot for that article fell through (had it happened, the paper would be running file art of the guy and his kids tomorrow).

All this to say, you can never tell just by looking at someone.

UPDATE: Let’s be careful with wording (unlike 940 News who don’t think they have to qualify calling him a “predator”) since he hasn’t been convicted of anything yet. All of this is alleged by police. And you never know, there could be a completely innocent explanation for a 34-year-old father of three having sex with a 13-year-old girl.

UPDATE (Aug. 4, 2010): After pleading guilty, Stone has been sentenced to 10 years in prison, minus time served.

Congratulations Montreal. We’ve managed to accomplish in seven days what Quebec City couldn’t do in a year.

Pat yourselves on the back. Mind the knife.

Reading that, you might ask yourself how geography is relevant to online security or other stupid questions. But rather than take a comprehensive look at online fraud, bank/mail fraud, or information security practices of businesses and government, it commissions a poll that rates cities based on how many people say they’ve installed up-to-date anti-virus software on their computers.

Talk about thinking highly of yourself. Naturally, the solution to all this is to get more people to install anti-virus and other security software on their computers. And it just so happens…

The press release cherry-picks selections of some other data, without giving any idea how to get full breakdowns from them. Either way, all the data is based on what people say, not on what kinds of online crime actually happen in those cities.

Any bets on how many other news outlets will overlook these facts and run this as if it was a StatsCan report? 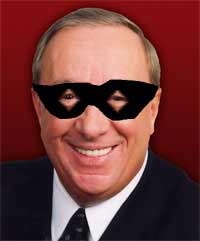 Is there anything this guy can’t do?

For those of you following the buck-passing on metro security passing the buck, we’re getting some interesting and, of course, contradictory reports from all sides. The STM says it never ordered anyone to stand by and laugh do nothing while some guy beats up on his girlfriend. The security workers union spokesperson says the police told them not to intervene while calling it “absurd”. And the public safety minister wants an investigation.

A few comments from the peanut gallery here. First, why is nobody talking about the report that the employee in the ticket booth refused to call 911? That doesn’t require putting anyone in danger, yet for some reason it was apparently refused. It’s unclear if that led even in part to delaying police arrival (they came 17 minutes later), but if it did I would expect that to be an even more serious story.

Second, why didn’t anyone do anything? There were plenty of ordinary people around who had plenty of time to bark at the metro employees. Why did they not intervene? The guy didn’t have a weapon. You could argue that putting people in harm’s way like that is dangerous, but if so why are these metro employees who don’t have arresting power, don’t carry firearms and are not supposed to intervene in these cases expected to do so?

Finally, with over a hundred police officers patrolling the metro, why were none in the system’s busiest station? Or the library or bus station next door? Why did it take police 17 minutes to get there?

UPDATE (Sept. 6): An “error in judgment” but no disciplinary action.