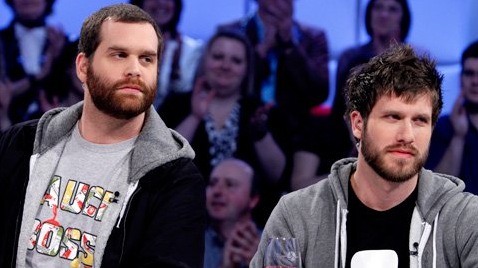 I’m a lifelong Montrealer who from two to 23 years old spent his life living in a home in Pierrefonds. I went to school there, learned French there, watched TV there.

It’s only in the past few years that I’ve really started paying attention to Quebec’s francophone culture. It’s not so much that I didn’t understand the language, although that certainly turned me off when I was younger. But it’s hard to just pick up a different culture, especially when you don’t understand its cultural references.

The fact that I was educated in an English public school also contributed. One of the unintended consequences of Quebec’s French language charter (Bill 101) is that it separates English and French-speaking children socially by having them go to different schools. Children whose parents were educated in French and not English were prohibited by law from going to school with me.

Maybe it was anglo guilt, or a desire to understand what was going on in francophone media, or perhaps just wanting to see, hear or read something that was produced close to home, I’ve started consuming Québécois popular culture. (Notice here I say “popular” – I’m a very uncultured person in either language.)

Among the cultural icons I consume is Tout le monde en parle, the Sunday night talk show hosted by Guy A. Lepage that regularly attracts more than a million viewers (despite being almost two and a half hours long) and some of the most high-profile guests you’ll see in Montreal.

Sunday’s episode was, for the most part, like any other. A mix of politics and culture, high brow and low brow, serious and funny. Discussions of autism and Libya, but also of filmmaking and comedy.

In case you haven’t heard of them, this group of anglo Montrealers posts YouTube videos of massive meals they create, made up for the most part of meat (particularly bacon) and other fatty substances that send the calorie count into the stratosphere. They do this in character, for some reason thinking that having personalities that take themselves too seriously will improve the quality of their videos.

The Epic Meal Time videos have gone crazy viral, and have been watched tens of millions of times. Among those viewers, apparently, was Mr. Lepage’s son, who suggested his dad invite them to his talk show.

The viewers found out as Lepage introduced them to the plateau that Morenstein and Toth spoke very little French and so the interview was conducted in English. The two even had earpieces installed so the questions could be translated into English for them.

Montreal anglos unable to talk in French on a talk show with a huge audience. You bet that provoked a reaction.

I’ve rounded up some of the tweets I found on the subject.