Today, Dec. 1, is La grande guignolée des médias, the day during the year when various Quebec media and other groups unite for the cause of raising money and supplies for various charities.

It would probably be easier to list the media not part of this list: Le Devoir, Voir, some community radio stations and a larger number of anglophone media (including The Gazette), many of which have their own holiday fundraising campaigns.

Volunteers will be collecting money at metro stations during the rush hours, and donations can be dropped off at Loblaws/Maxi/Provigo stores or Laurentian Bank locations.

Here’s to hoping they have a day worth reporting on.

La Presse’s Patrick Lagacé, in response to a piece by Le Devoir’s Stéphane Baillargeon asking if it’s the job of journalists to be panhandlers for charity, says there’s plenty of other things journalists waste their time on. He has more on his blog. Baillargeon’s piece is, sadly, subscriber-locked.

La Presse auctions off its journalists

As part of the Grande guignolée, La Presse is once again auctioning off activities with its columnists. These lots aren’t cheap – three or four figures, depending – but they’re for a good cause. Bidding ends at 4pm.

Another event happening this week is the big annual fundraiser for the Foundation of Stars, formerly known as the Foundation for Research into Children’s Diseases. Last year, you’ll recall, the foundation decided to do away with the telethon they had done for decades, replacing it with a “webothon” that was streamed online. I panned the idea because going online would rob them of the big thing being on television gave them: visibility.

As it turns out, the foundation seems to have realized that, and they’ve abandoned the webothon idea. Without the financial means to put on another telethon, they’ve switched medium and gone to radio, organizing a “phoneothon” on CJAD, Rouge FM and Boom FM stations. It happens Sunday, Dec. 4, from 10 am to 7pm.

As the organization’s latest annual report shows (PDF), the switch from television to the Web resulted in a drop of about $500,000 in fundraising. And because fundraising costs stayed about the same, that drop came out of the bottom line. The result is that there was $700,000 less given to hospital research centres in the 2010-11 fiscal year than the year before.

Let’s hope that using radio instead of television can provide a happy medium between visibility and cost control that results in maximum benefit for the foundation and, of course, the children it’s trying to help. 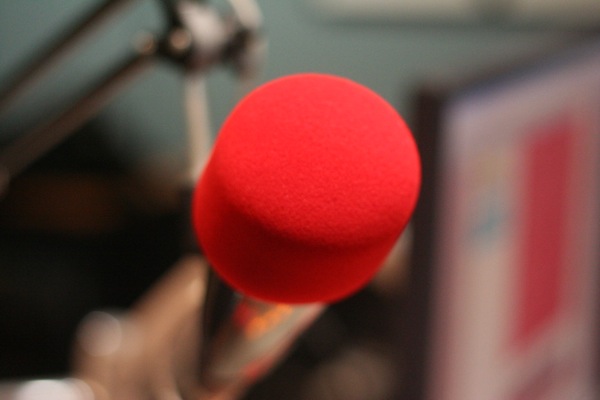 A few months ago, I visited Concordia’s student radio station, CJLO, for a feature I’m writing for The Gazette. Unfortunately, a lack of free time on my part (as evidenced also by the low amount of content coming out of this blog lately) has meant the story taking far longer than necessary to write. This is what happens when you’re not given a deadline.

I couldn’t get it done fast enough to be published ahead of (and plug) a big fundraiser that starts tonight, so as a bit of a consolation I’m plugging it here.

CJLO’s Signal to Noise is a music event over three nights at Casa del Popolo. The cost is $10, most of which goes to the station but $2.50 of which goes to Pakistani flood relief. (Pakistan? That’s so three natural disasters ago.)

Check it out, and consider helping a good cause or two.

Those folks at CBC Montreal have taken to embarrassing themselves in front of the Internet to promote a holiday fundraiser for Dans la rue.

The Carolling Challenge will see personalities and listeners sing along in an effort to drum up donations. There’s even a practice today at 1pm (in case you’re not going to either the protest against the Journal de Montréal or the protest in memory of Mohamed Anas Bennis, which are both taking place at the same time), before they hit five locations between Monday and Wednesday. Send a picture of yourself at one and you could even win a bag!

After that, next Sunday, there’s the annual Christmas Sing-In, a recording that will air on Christmas Day on the radio.

But if you just like seeing videos of CBC radio personalities singing Christmas songs (and if that’s the case, there’s something wrong with you), here’s a bonus video of Sue Smith singing Santa Claus is Coming to Town:

A war of words is being played out at KahnawakeNews.com between CKRK (K103) and Brian Goodleaf, whose company sponsored a fundraiser involving Boston Bruins alumni to raise money for the station.

According to Goodleaf, the money ($55,000 of $103,000 raised) was targetted to help fund the construction of a new building for CKRK, a small but beloved station on the reserve. But after the money was raised, Goodleaf imposed conditions on CKRK receiving the money, including that they match the donation. Goodleaf argues that the station’s building fund has disappeared (suggesting it might have simply gone missing) and that donors gave the money expecting that it would be used for a building instead of going into the station’s general budget.

The radio station counters that the fund was used to keep the station afloat when it got desperate, and that Goodleaf knew this before the event, and it is unfair that Goodleaf imposes conditions after the fact.

Negotiations between the two sides have been unsuccessful (which is why they’re now fighting it out in the court of public opinion) – CKRK refuses to accept the donation with strings attached, and Goodleaf refuses to withdraw the conditions. Goodleaf says if a deal can’t be reached he will donate the money to local non-profit organizations (or, if they ask, refund the money back to donors).

(via Radio in Montreal)

So Haiti’s in trouble. Like, a crapload of trouble. And the world is coming together to do whatever they can. Food and supplies aren’t particularly useful because of the high cost of transporting and distributing them. Instead, the thing charities and relief organizations need is money.

In a perfect world, a massive international relief organization would simply respond, making use of a hefty budget to set up some emergency shelters while everyone’s homes are rebuilt using insurance money. Of course, that’s not the case (partially because international aid tends not to win many elections), so regular people are being asked to open their wallets and help out.

While the most obvious thing to do would be to give to the Red Cross, various groups are organizing fundraisers or other schemes to try to squeeze even more money out of us.

After a few minutes of searching, here’s what I’ve found is happening in Montreal over the next week and a half:

Feel free to suggest others in the comments below. Agenda Public has a list of similar events across Quebec.

Text it and forget it

For those of you who are too fucking lazy to punch your credit card number securely into a website and prefer to have your cellphone company bill you based on a fee for a text message you’ve sent to some unverified five-digit number you heard about through your friend’s Twitter, there are plenty of options for that, though few work in Canada (that “90999” thing you heard about on the Colbert report doesn’t work here – something CTV didn’t relay to its viewers when it rebroadcasted the show on two of its networks). The cellphone companies accept $5 to 45678, and Plan Canada at 30333 (in both cases text “HAITI”). But maybe I just made that up, or copied the number down wrong.

The earthquake in Haiti, ironically, had a positive impact on my bottom line. The paper was expanded in size to fit all the extra news coverage, and I was called in for an unscheduled shift on Thursday night. Rather than profit off the misery, I’m donating my salary for that shift to the Red Cross.

I know there are plenty of journalists and other media types who read this blog, and plenty of them are working more than they usually do because of this craziness. I’d encourage you to do the same – you’re not losing money, you’re working harder doing what you love, and it’s for a good cause.

This week, I talk about a local blogger, Stephen David Wark, who is participating in a Blogathon today (9am Saturday to 9am Sunday) to raise money for the Autism Clinic at the Montreal Children’s Hospital. He’s already started blogging, and will continue to post every half hour until 9am tomorrow. (And you better bet he blogged about the article). So show him (and the children) some love.

UPDATE: The article has apparently gotten people interested and donating, and he’s already raised more money than last year. I’ll go ahead and take credit for that.