More Don from the Air Farce: Don and Justin, Don Newman’s Situation Room, Don and Stephen Harper, and Don explains HDTV. There are dozens more where that came from, especially in seasons 11 and 12 and a running gag back in 2000, all of which unfortunately use RealVideo.

If fonts were people (via Gizmodo via some bimbo)

(But really, Comic Sans is not a hero) 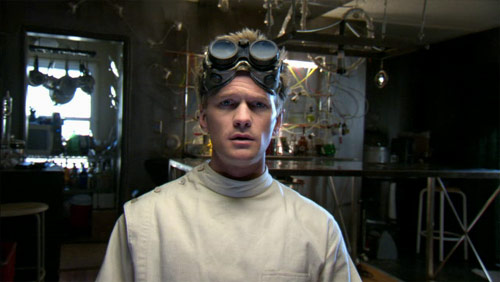 Thanks to the magic of the Internets, I’ve been introduced to a curious little made-for-web TV miniseries, called Dr. Horrible’s Sing-Along Blog. It stars Neil Patrick Harris (above), who plays the misunderstood evil genius who’s just trying to get some from a pretty girl.

What I like most about this is that the three main actors represent a broad range of geek cred. Harris, of course, brings along the middle-age Doogie crowd and is no doubt the most mainstream-recognizable actor here. 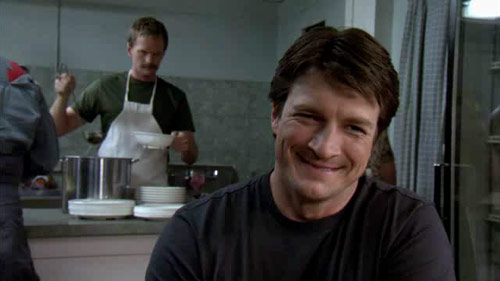 Nathan Fillion, of Firefly fame (and just about every other series that Joss Whedon has been involved with), brings along the Whedonites. Not that this is necessary, mind you, since Whedon directs this project. 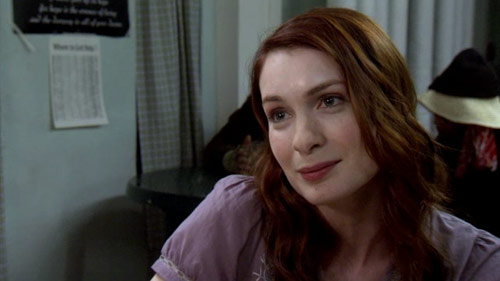 Felicia Day, meanwhile (the aforementioned pretty girl, as you can see) brings along the ubergeek web crowd who totally recognize her from this other show she does.

BTW Felicia, that marriage proposal is still open. Just, you know, putting it out there.

Some back story on this whole thing from the L.A. Times.

UPDATE (July 21): Too late. Now you have to buy it on iTunes ($6) if you want to see it. Either that or find a low-quality pirated version somewhere.

The Boston Celtics are one win away today from winning the NBA championship. The Boston Red Sox lead the AL East and trail only the Chicago Cubs in number of … wait, what? The Cubs? Really? The Cubs? You sure it’s not the White Sox? The Chicago Cubs? Best in the entire league right now? Wow. OK. Wow.

Anyway, add to that the Boston-based New England Patriots went 18-0 last season before fucking it up in the Super Bowl, and it’s a pretty sweet time to be a Boston sports fan.

And this is a perfect excuse to bring back my favourite Ryan Parker song. If you don’t know what I’m talking about, you haven’t read this blog enough.

xkcd has gone mainstream. Now I need something else to like that’s cool and ensures my geek cred. The Daily WTF isn’t enough.

(And yeah, you’re damn right I’m going to use this as an excuse to post a comic)