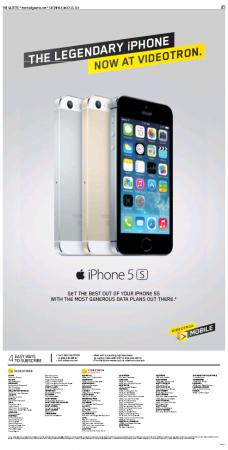 One of many ads in Saturday papers announcing Videotron’s introduction of the iPhone.

Three and a half years after launching its mobile network, Videotron has finally solved its biggest issue: Until now, you couldn’t get a plan with an iPhone.

At first, the problem was technological. The frequency spectrum Videotron acquired in the 2008 auction was in the 1700 MHz band (called the Advanced Wireless Services band), and the iPhone wasn’t compatible with that band. It wasn’t just an issue for Videotron — it also prevented the iPhone from being compatible with the T-Mobile network south of the border.

That changed last year, when Apple introduced a model of the iPhone 5 that was compatible with AWS and the T-Mobile and Videotron networks. By last fall, people could get their hands on an iPhone 5 and by adding a Videotron SIM card make it compatible with the carrier’s network.

After that, the issue stopped being a technological one and started being a legal one. Videotron didn’t have a deal to sell the iPhone, so the best it could do was encourage people to buy it at Apple stores and install a Videotron SIM card themselves.

A couple of weeks ago, in a brief and understated email (whose contents were strictly regulated by the terms of the deal between Videotron and Apple), the company announced it would start selling iPhones on March 28. On March 29, full-page ads came out in all the papers announcing the iPhone 5s was now available at Videotron retail outlets.

Not only does this mean that Videotron can join the big guys, but also that it can stop pretending that non-Apple products are just as good as Apple ones. Without the iPhone, Videotron pushed Android apps and devices, including the Google Nexus One, which was the hot new thing when the network launched. Parent company Quebecor did its best to wipe the iPhone out of its universe, even going so far as to push producers of fictional shows on TVA to replace characters’ iPhones with Android devices (Quebecor downplayed this as something similar to product placement).

All the while, it remained impatient, hoping that Apple would soon deem Videotron worthy of inclusion.

On Tuesday, Videotron will announce that the Illico TV app is available for iPhone users. The application allows subscribers to Videotron’s television service to access live TV channels and free video-on-demand shows on their iPhones. And for the most part, they can do this regardless of who their carrier is.

Using the app, which was added to the Apple app store on Friday, requires authenticating with Videotron to prove that you’re a Videotron cable TV customer, which gives you access to channels you subscribe to, including a bunch of live channel feeds.

One exception to the rule is RDS, which is the most expensive channel to get the rights to. You can access RDS’s live feed, including Canadiens games, only if you’re also a Videotron mobile customer as well. This is the result of the rights agreement between Videotron and RDS (owned by Bell Media). RDS sells its mobile rights through the mobile carriers.

Videotron’s iPhone app doesn’t allow purchases, so you can’t buy video-on-demand movies. The reason for this is simple math: Apple’s required percentage take of in-app purchases is so high (30%), that Videotron can’t make any money selling content this way.

The Illico Club Unlimited subscription video-on-demand service is also not available yet on the iPhone app.

Something that’s already making headlines is the prices that Videotron is using to sell them. Videotron is offering unlimited calling and 4GB data for $75 a month, while the Big Three are offering $110 a month for the same plans. Additionally, it’s offering the iPhone at an almost $500 discount for a 24-month plan. That means more than $20 a month of your iPhone plan with Videotron will be going just to pay off the discount you got for your device.

It’s almost as if Videotron has been waiting for this day for years. 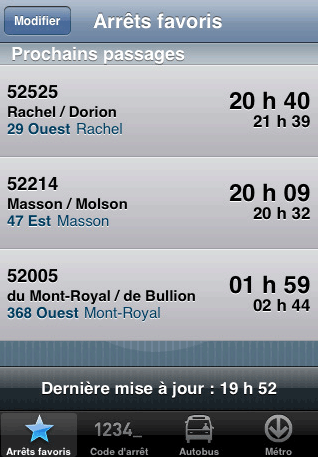 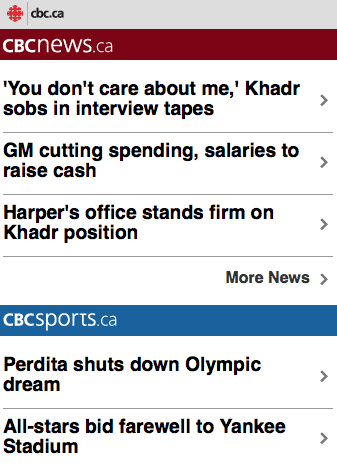 The CBC and Toronto Star didn’t waste any time and have already launched iPhone versions. Sadly, neither appears to be customizable (or if they are, it’s hidden).