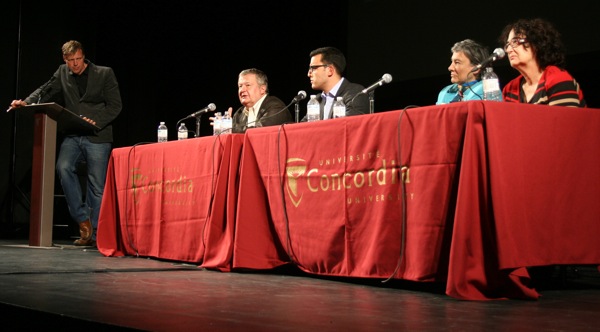 Last week, I attended a panel discussion about the future of journalism, and specifically about public policies to support journalism and whether we still need professional journalists. I resisted going to such a discussion, but decided to go anyway because the panel had some interesting members. Tony Burman, the former CBC and Al-Jazeera executive; Kai Nagata, the disillusioned former CBC and CTV journalist; Dominique Payette, creator of a report calling for accreditation of professional journalists in Quebec; and Judy Rebick, activist and creator of rabble.ca.

If you missed the panel, there’s a video of it online. It’s about two and a half hours long, including questions.

I was excited by the idea that there would be some interesting debate from people with different perspectives on how journalism should be done. But sadly, none of the debate I wanted to see materialized.

It became clear to me as the discussion went on how one-sided it all was. There was no representation, either on the panel or in the audience, of opinions from the right or even the centre-right. There was lots of discussion about the student strike and how the media was covering it, but no one questioned whether the strike itself was a good idea. There was discussion of Quebecor’s battles with Transcontinental in the community weekly war and how it has changed since the lockout at the Journal de Montréal, but nobody saw fit to defend the empire, or even point out that starting a bunch of new newspapers adds to the number of journalism jobs. There was condemnation of openly right-wing activist media like Sun News Network, but no corresponding condemnation of openly left-wing activist media like The Tyee or Rabble.ca.

I say this not because I want to become a Quebecor apologist or student-basher, but because as a journalist the last place I want to be is an echo chamber where everyone agrees on a set of facts that suit their agenda. I want to be challenged on my preconceptions, I want the most unpopular ideas to get a fair chance at being heard and considered. I want people who disagree on fundamental issues to discuss their opinions with each other instead of putting their hands over their ears.

There’s a reason I put the term “open-minded” in the headline of my review of Sun News Network. Open-mindedness is something I find too many journalists lack. And a closed mind is often the biggest reason why a journalist can’t be completely honest with news consumers. 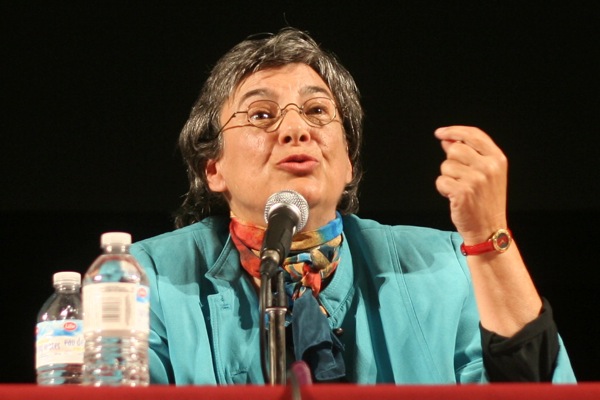 Dominique Payette is a former Radio-Canada journalist, now an academic, who was invited on the panel because of her report into journalism in Quebec. It called for the establishment of a “professional journalist” title that would be given out (and could be taken away) by some quasi-government body. I was among many who argued against it because I’m uncomfortable with the government, no matter how arm’s length the distance, deciding who can and can’t be a journalist.

Payette expressed disappointment, perhaps even annoyance, that her report has essentially been shelved. That’s mainly due to the fact that two groups – the FPJQ, which is an association of Quebec journalists, and the Quebec Press Council, which acts as an ombudsman for Quebec media – both want to be in charge of deciding who gets to be a journalist in Quebec. Faced with a journalistic community divided over how to proceed, the government wasn’t about to start legislating what could be a very controversial issue.

But Payette’s interpretation of the reaction was different. According to her, there was a language divide at play. Anglophone media were largely against the report while francophone media largely supported it. She’s right on the first part – anglo media were just about entirely against the idea, for ideological reasons but also because of some of Payette’s other recommendations, like that all journalists be tested in French language skills. But many francophones also came out against the idea.

A journal de droite, she said, in case there’s some debate over my translation. According to Payette, there were no longer journalists working there.

Now, there’s definitely debate to be had about journalistic ethics at the Journal, but it stunned me to hear that a person who considers herself an expert on Quebec media refuses to read its largest newspaper. Not only that, but she then analyzes Quebec media as a whole by conveniently ignoring one of its major players. The Journal de Montréal and other Quebecor media were against the licensing of journalists and highly critical of student protesters, but rather than acknowledge that different media have different opinions on important issues, she ignored media she disagreed with and simply resorted to generalizations and caricatures. 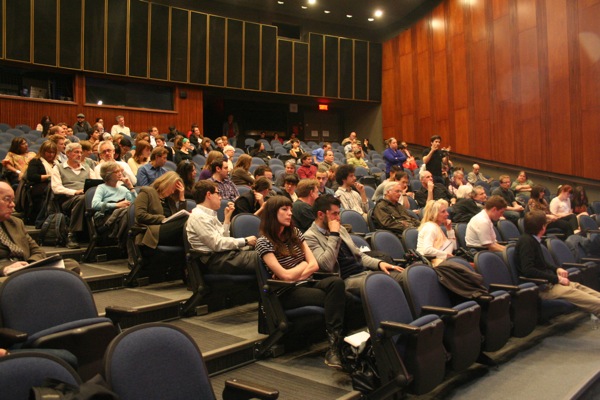 Not that there were too many people in the audience to call her on it. I heard only one question that came close, wondering why, if media working for “social change” was such a good thing, right-wing media like Fox News working for their own social change was so bad. The question wasn’t really answered by the panel, who instead pointed out that Fox News viewers are ill-informed and that the opinions it advocates benefit only a small number of people.

Sun News personalities speak of the “consensus media” where journalists assume the same (left-wing) opinions as all the other ones, perhaps through peer pressure and a desire to fit in, or for some other reason. Coming out of a discussion like this, it’s hard to disagree.

I don’t want to suggest that the crowd thought with one mind. There were some in the audience (which had representatives from many media outlets, including CTV, CBC, CJAD, The Gazette, OpenFile, Sun Media, Presse canadienne, Projet J and probably others whose faces I didn’t recognize) who pointed out to me privately afterward how disappointed they were in the political bias. I myself didn’t speak up, which might have given others the idea that I endorsed the sentiments being expressed.

But I don’t endorse them. Nor do I endorse the opposite opinions. I believe most divisive political issues aren’t nearly as black and white as many people make them out to be. I don’t believe that people who disagree with me are either evil or stupid. I don’t believe that journalists should embrace bias simply because the ideal of objectivity is unreachable.

And I don’t believe that discussions in which everyone agrees with each other do much to further enlighten anyone.

(Then again, I could be wrong about this. I like to keep an open mind, after all.)

I like hearing people talk about the trade, and giving insight. And considering what I do, it would be ridiculous to argue that I don’t like navel-gazing about journalism. But I’ve never been a big fan of big academic-style conferences, particularly those that cost hundreds of dollars to attend.

There’s one such conference this weekend, called the Journalism Strategies Conference. It runs Thursday to Saturday. Unfortunately I’m working during much of it so I won’t be able to attend.

But I will be there for a free event on Thursday night, a panel discussion whose lineup is sure to make things interesting:

Just the thought of Payette and Nagata getting into a debate about professional journalism might be worth the price of entry. Which is, you know, free.

The discussion, moderated by Daybreak host Mike Finnerty, begins at 7pm at Concordia’s DB Clarke Theatre (underneath the lobby of the Hall Building at 1455 de Maisonneuve W., corner Mackay). The Facebook event page is here.

There’s another free event Friday at 6pm at the McGill faculty club, with invited guests from abroad.

Two organizers of the conference, Christine Crowther and Lisa Lynch, appeared on CINQ-FM’s Digital Life Show last weekend to talk about it. You can download the podcast on their website.