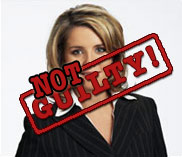 The CBC’s Ombudsman released his report on Friday concerning Krista Erickson, a reporter who was accused of “planting” questions with the opposition to use during Question Period in the House of Commons. The Conservative Party found out about this and complained to the CBC, and CBC management disciplined her by deciding to transfer her from Ottawa to Toronto.

Erickson successfully fought the disciplinary measure and had it reversed in a mediated settlement in June. She has resumed reporting from Ottawa (she never was transferred), and has already filed some political pieces.

The report from Vince Carlin largely clears Erickson of intentional wrongdoing, and places blame on the CBC for having an inexperienced reporter assigned to Parliament Hill.

Among the specific points in the report (PDF):

In short, Erickson did not violate policy, but she did cross the line. But she didn’t know she crossed the line, and that’s the CBC’s fault for not training her enough.

The Ombudsman’s report is clear, honest and makes a lot of sense (in fact, it sounds a lot like what I wrote in January). Little of it is surprising (except perhaps the part where this exact issue was discussed and decided upon by both the CBC and Globe long ago), and it makes clear that while Erickson made a mistake, her intentions were honourable.

Political activists will, of course, view the report through the filter of their partisanship, which will tell them before they read the report whether they approve or disapprove of it. But it’s hard to argue with the points made in it. And other journalists should take note of those points, to avoid making the same mistakes in the future.

UPDATE (Dec. 9): The National Post’s Jonathan Kay posts thoughts about this as well, calling it a “quasi-exoneration.” 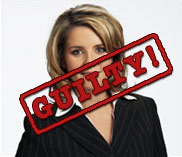 CBC announced today that reporter Krista Erickson has been punished for breaking journalistic ethics in the most horrible way possible: They’re sending her to Toronto.

In what Jonathan Kay calls Pablogate, and Mario Asselin calls CBCgate, and is really not a gate at all, Erickson fed questions to Liberal MP Pablo Rodriguez about Brian Mulroney’s connection to the current Conservative Party, which Rodriguez asked Mulroney during the Mulroney/Schreiber inquiry over the Airbus affair.

Through this story there’s been a lot of outrage but not much analysis of what exactly went wrong here. The CBC says there was no partisan or unethical intent, and I believe them. It was an unconventional method of getting answers to tricky political questions.

What this story is more indicative of, however, is the amount of informality in beat reporting. It’s nothing new. Reporters and the people they report on have been chummy for decades. That’s how they get the scoops, how they know what’s going on, how they get access to important people.

But the downside is that there can be a perception of partiality when there’s the slightest hint of cooperation between the two. It’s a real problem, and it needs to be tackled in a realistic way by news organizations rather than arbitrarily decided on a case-by-case basis when someone complains.

News organizations should learn from this incident, and update their codes of ethics to cover the problems inherent in beat reporting. The paragraphs the CBC quoted in their statement are far too vague. At the very least, add this situation as an example of what not to do.

UPDATE (Jan. 23): The CBC News Editors Blog discusses the subject without mentioning Erickson’s name (what are we, idiots?). Though it talks briefly about the problems of becoming part of the story and the need to be “inside” while still staying objective, it fails to go into depth about the familiarity problem other than to deny it exists.

Meanwhile (via the Tea Makers) Facebook groups supporting and against Erickson have popped up. Do I even have to point out that the pro-Erickson group was started by a Liberal Party activist and the anti-Erickson group by a Mike Huckabee-supporting Tory?