You might have missed it because you were on vacation or something, but the ad agency écorce put together a form of online advent calendar in December with … let’s call them interpretations of things that happened online in 2010.

It was kind of hit and miss, but there were a few gems among the videos that were done for this:

Une fille inoubliable, by Les Appendices. My favourite sketch comedy fivesome, the stars of the Télé-Québec show covered an awfully written and awfully-sung song from a video that was posted to YouTube but later taken down (fortunately, the Internet keeps copies of these things). Even though they use the same lyrics and roughly the same music, the Appendices version is actually pretty good. At the very least, it had a much higher budget.

Contrat d’lezz, by le Girly Show. You’ve seen Contrat d’gars, right? The show that goes so over the top with the testosterone you can’t help but laugh. It’s hard to parody something that already doesn’t take itself seriously, so Le Girly Show just turns it on its head and has women playing the lead roles. It’s not much funnier than the original, but it has the same magic.

L’Année 2010 selon Carole. Carole aide son prochain is a straight-faced comic web series that … I’ll be honest, it’s kind of hit and miss, though I like the concept. In this video, she takes on that lots-of-celebrities-political-message asking for a moratorium on shale gas exploration with some simple but effective satiric criticisms.

The rest of the videos from this project are listed on this page, and lots of other non-video-related recaps are also worth exploring.

(Did I miss something awesome? Think one of these videos is stupid and uninteresting? Tell me off in the comments)

My favourite new Quebec show, Les Appendices, announced they’re returning for a second season. This after the network had undergone an extended period of reflection on the status of the show. Sweet.

If you don’t know what it’s about, you can see their first episode on their website for the next week and catch up. 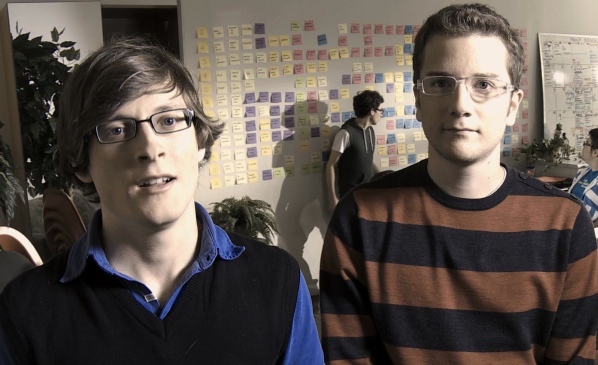 OK, I know this is going to sound like a total asskissing, but I really like these Appendices kids, and I have ever since I first heard of them two years ago. When they got a deal with Télé-Québec to develop a weekly half-hour show, I was excited, and after seeing their premiere I knew they had something good going. (In fact, they’ve exceeded my expectations by keeping the show fresh every week, even while they’re pushing running gags.)

So you can imagine my disappointment that Télé-Québec is sitting on the fence about renewing the show for a second season. They haven’t cancelled it outright like they have Ça manque à ma culture, but they haven’t given it the green light either. They’re in a period of “reflection” about it.

I can’t describe their comedy in a way that gives it justice, so I’ll advise you to just check it out online. They show the latest episode for a week after it airs, and have archives of sketches from past episodes. In a nutshell, their humour is absurd, non-topical, philosophical and family-friendly, focusing mainly on sight gags, word gags, taking the cliché and inserting an element of absurdity, or just explaining something that makes no sense to us as if it does.

(Incidentally, they also have a content-rich website, with not only the usual stuff like desktop backgrounds, a Facebook group and clips from sketches, but fan-made comics, web-only blooper reels/behind-the-scenes footage, video greeting cards and downloadable bumper music used during sketch intros. They even post scripts online, in case you might find that useful.)

Tonight at 7 is the season finale (and the series finale if they’re not renewed). The stars themselves will be celebrating it with fans at Bar la Rockette, 4479 St. Denis, unsure of whether or not it’ll be their swan song.

The show will also be announcing the winner of its Fais ça sketch contest, in which viewers submit their versions of Appendices sketches.

Here’s hoping it’s the beginning, and not the end. 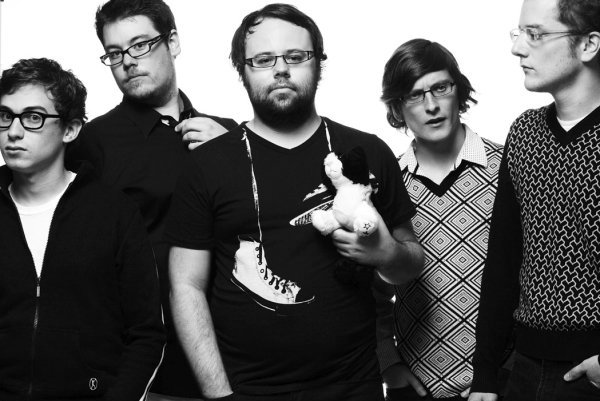 Télé-Québec just finished airing the premiere of Les Appendices, a half-hour rapid-fire sketch comedy show by Québécois 20-somethings that focuses on wordplay and what I can only describe as absurdity.

I was first exposed to this troupe a few years ago at screenings of Tivijournal, a mock news show with mock ads that targetted the media. (Sadly, that troupe has been inactive for almost two years now, though I’m hopeful they’ll come back someday.) Before screenings, they’d show some bonus material, which would include a short episode of Les Appendices.

I didn’t go to comedy writers’ school, so it’s hard to describe the type of comedy involved. Just go to the website, which allows you to see the entire episode for a week, and you’ll see what I mean. (You can also see a repeat Wednesday at 12:30pm)

But as an example, from their premiere: Julien asks Dave if he can play with Dave’s guitar. Dave hands over his guitar, and what follows is a minute-long montage of Julien frolicking outdoors with the guitar, pushing it on a swing and playing hockey with it. It’s this kind of silly wordplay that they excel at.

Aired without a laugh track (and for many good reasons), the series has a good habit of doing a sketch, moving on and then revisiting it a few minutes later for an extra laugh. They cut it off just before it reaches annoying-running-gag level.

The first episode (it’s not clear if they’re going to keep doing this) has a DVD menu theme, with fake behind-the-scenes footage and fake audio commentary. It’s a bit odd for a series premiere, but they make it work. I just hope they go beyond it, because there’s just so many audio commentary jokes you can make.

As someone who watched their before-they-made-it-big episodes (which, sadly, are not online), I have some suggestions for their new show:

Les Appendices has also been getting attention from the media (Therrien, Dumas, Arpin, Martel). They all seem to like it.

Here’s hoping that the series will only improve from here.