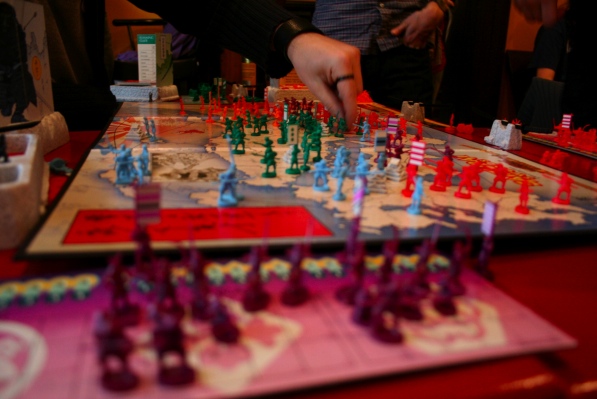 Last month, as a small group of local geeks gathered at Burritoville for Geek Montreal’s kinda-monthly GeekOut, we were joined by a journalist from Radio-Canada, Stéphane Leclair, who wanted to do a story about the group for Radio-Canada’s Macadam tribus. The story was broadcast the next week and is available online here.

It includes a few short quotes from yours truly. (My interview was awful and I didn’t have anything interesting to say, so there’s a lot more from other attendees. Leclair also used a lot of editing to make us seem more interesting than we really were.)

For those interested, Al Kratina also talked a bit about Geek Montreal for The Gazette last year.

Sadly, Macadam tribus was one of the victims of CBC/RadCan’s 800 job cuts, and will disappear from the airwaves on June 20. That decision can be read between the lines of a piece on the disappearance of live overnight programming on radio, which aired this week.