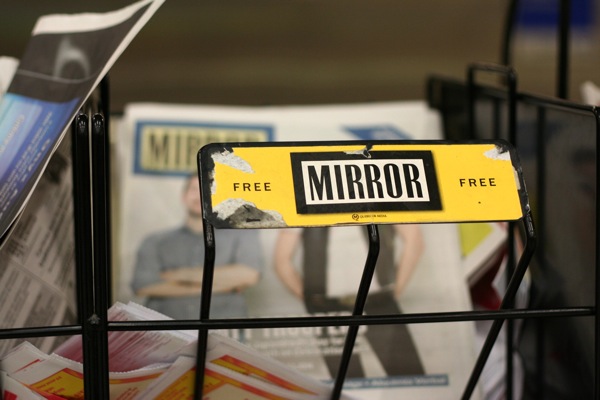 Well, this one’s kind of a shocker. Mere weeks after Communications Voir finally pulled the plug on the struggling Hour, Quebecor has responded not by positioning Mirror as the dominant alternative weekly for anglo Montreal, but by simply shutting it down. Thursday’s issue is its last.

Like Hour, staff were not told of the shutdown until after the fact, so there’s no goodbye message. Quebecor says the shutdown will result in seven layoffs, plus two people being moved to other parts of the company. The paper was also a source of income for many freelancers, and (along with Hour) gave many journalists their first professional bylines.

For those employees, and regular freelancers, the news hit hard, especially when coming from a corporate giant like Quebecor.