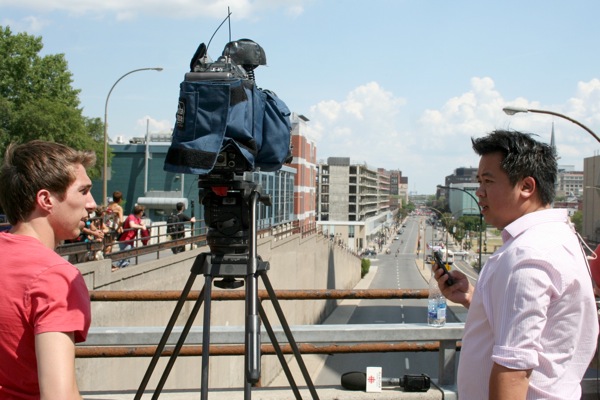 UPDATE: After videos were pulled off YouTube twice, I’ve posted a version that censors both the NSFW element and the World Cup B-roll. Hopefully this one sticks.

One of my spies within the CBC sent along this clip of an interview Pascal Robidas conducted live on air with an Italian soccer fan after Italy was humiliatingly bounced from the World Cup this morning.

Thanks to Clique du Plateau, which managed to locate a version with audio that RDI itself uploaded (WMV). I’ve added blur as appropriate to make it more safe for work.