On Dec. 30, Videotron removed a channel from its digital cable service. WPCH, formerly WTBS, is an Atlanta superstation that would broadcast a lot of comedy reruns, movies and Atlanta Braves baseball games. For the past year it’s been known as Peachtree TV.

On Jan. 15, more than two weeks after the signal on Channel 115 went dark, Videotron sent out a letter to customers who had it as a custom channel selection telling them it was no longer being offered: 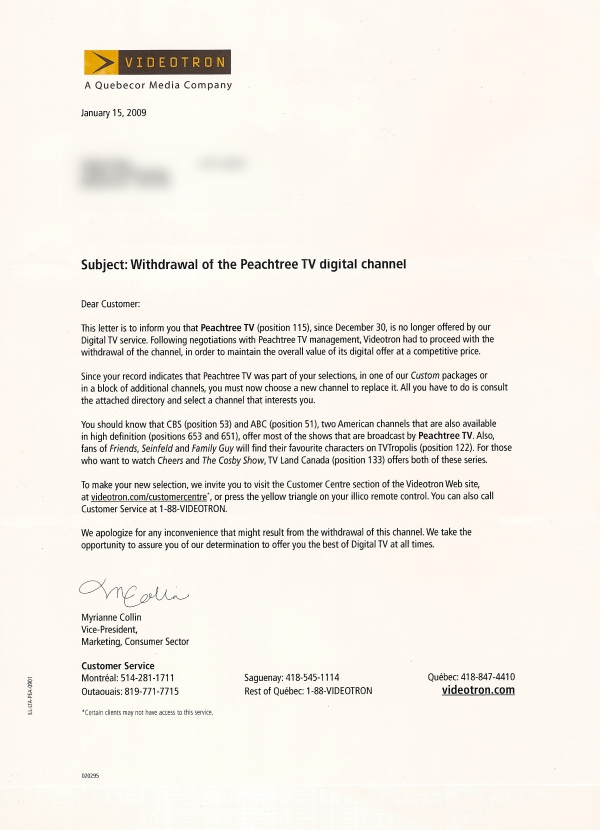 The gist of it is that WPCH demanded more money for carrying the channel, and Videotron balked.

Now, I could complain that the notice came out much too late, or that there was no mention of a refund to customers who had a dead channel for weeks, or that those forced to redo their channel selection are being charged more now because of new rates established for “new services”.

Instead, I’ll refer to the “attached directory”, a pamphlet of available channels, which apparently Videotron didn’t think to update:

I have no words to describe this level of incompetence.