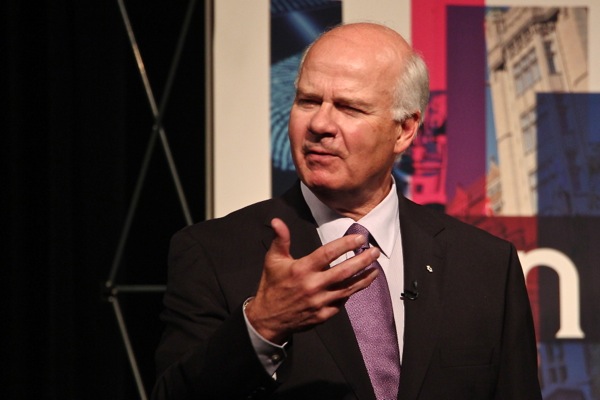 The Globe and Mail says NBC’s coverage “outshone the work of the CBC, mainly because co-hosts Bob Costas and Matt Lauer brought more information and enthusiasm to the show than did the stolid, rather dull presentation of the CBC’s Peter Mansbridge, who handled most of the commentary during the first 80 minutes.”

The New York Times: “how extraordinarily pleasant it was to be able to view that spectacle in Beijing without the annoyance of constant exclamation and endless recitations of trivia — just great swaths of wonderful silence from our narrators MacLean and Mansbridge between 8am and 9am or so, just letting the show at the stadium tell its own story with the least obtrusive economy of helpful footnotes, no urgency whatsoever to riddle the air with inane nattering and relentless fill.”

I guess it’s all a matter of interpretation.