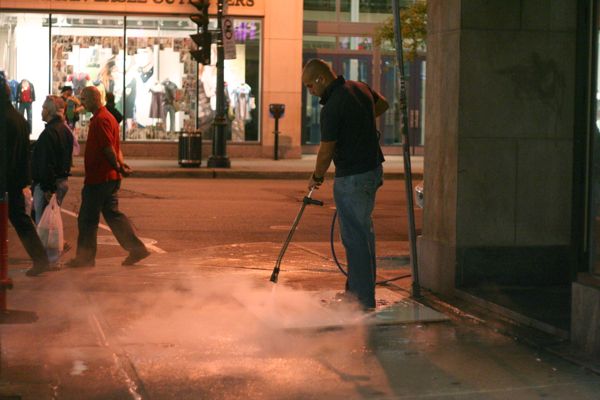 A worker pressure-washes the sidewalk through a Rogers ad template

The other night, leaving work just after midnight, I noticed a pair of guys with a truck doing some cleaning. It’s not uncommon for graffiti removal pressure-washing to take place late at night downtown, since that’s when pedestrian and other traffic is at its lowest.

But I noticed something odd: They were spraying a board of some sort. 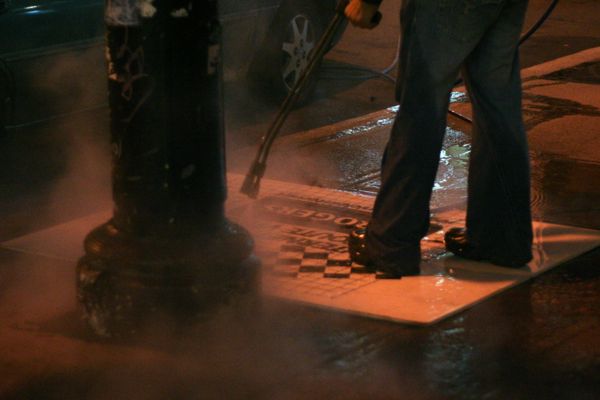 The Rogers template up close

Getting a closer look, I saw it was an ad for Rogers, and put two and two together: these guys were part of some guerilla marketing campaign for Rogers, engaging in “reverse graffiti”

Now, reverse graffiti is not a new concept. It’s been used before to great effect artistically, and it’s been usurped by corporate forces too. So despite what the marketing genius behind this thinks, there’s no new ground being broken here.

But that’s not what bothers me.