There is a single traffic light in the City of Montreal where it is permitted to turn right on red (after making a complete stop, of course, following the code routière). But 75% of the time, this issue is moot.

Where is this traffic light, and why isn’t it an issue most of the time?

UPDATE (Jan. 16): The answer is at the corner of Jacques-Bizard Blvd. and Cherrier St. 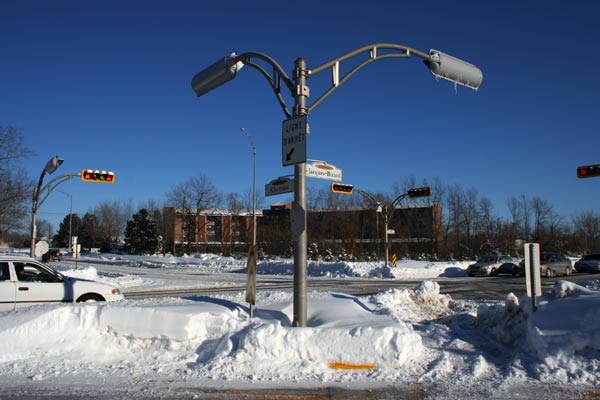 This intersection, just on the other side of the Jacques-Bizard bridge, is the only traffic light that’s inside the city (part of the Ile-Bizard/Ste-Geneviève borough) that’s not on the island (other islands like St. Helen’s Island don’t have enough traffic to justify a light, and Nuns’ Island has some philosophical objection to the idea of one). And since the right-turn-on-red exception is for the island of Montreal (and there are no signs specifically prohibiting right turns on red here), right turns are allowed.

But the issue is mostly moot, because for three of those directions there are short-cuts that avoid the light. Only traffic headed west on Cherrier turning north onto Jacques-Bizard would find this information useful. 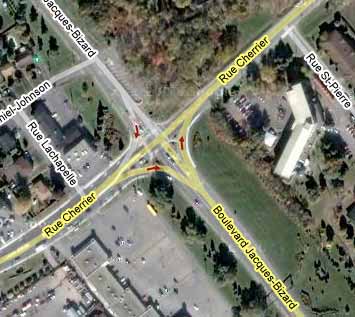 Of course, if you lived on Île Bizard, you’d know this already. You’re reminded of it each time you cross the only bridge off the island: 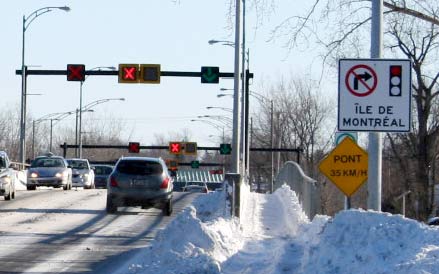