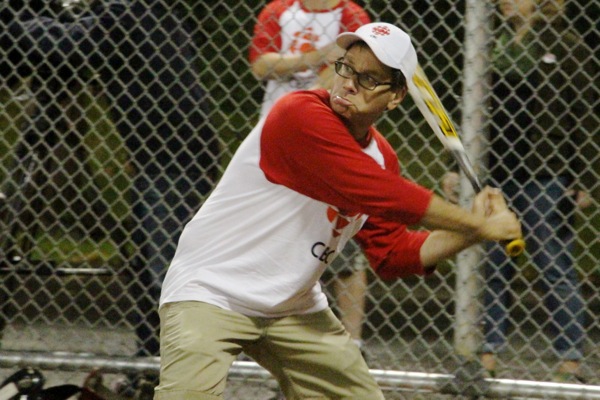 Shawn Apel, the soft-spoken CBC Montreal radio veteran with the driest of wits, has been named the permanent host of Radio Noon, he weekly radio show broadcast throughout Quebec on CBC Radio One.

Apel replaces Bernard St-Laurent, who leaves that job to focus full-time on his role as chief political correspondent in Quebec. It’s a move that comes concurrently with various cuts to local staff, though not directly related to it.

Speaking of those cuts, Friday is the last day on the job for three others at CBC Montreal. Andrew Chang does his last show as anchor before leaving on paternity leave and coming back to some other job at CBC outside of Montreal. You can watch his last show here, or just the career retrospective here.

Web editor Corinne Smith is leaving the corporation to lecture at Concordia University.

And Pierre Landry does his last episode of Homerun as its arts reporter. He’ll be a fill-in on All in a Weekend over the summer, but there’s no guarantee of any work after that.

Apparently intrepid CBC radio reporter Shawn Apel “almost died” yesterday. I’m not sure if the fact that a Le Devoir journalist came to his rescue should be considered ironic.