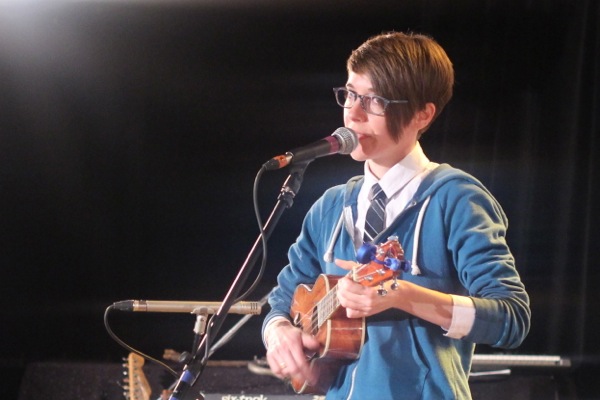 Comedian DeAnne Smith is the voice of Just For Laughs Radio

Just For Laughs is expanding its media empire yet again. At noon on Thursday, it launches Just For Laughs Radio, a 24/7 channel on SiriusXM, complemented by a one-hour daily highlights show on the satellite service’s Raw Dog comedy channel.

For details, you can read this story, which appears in Thursday’s Gazette. Their press release is here.

Montreal comedian DeAnne Smith is the voice of the channel, which will be mainly recorded shows presented “jukebox” style, except during the festivals when it will also include some live programming. Since this channel is launching in the middle of JFL 42 in Toronto, that means we’ll see some of that right off the bat, with Raw Dog host Mark Seman doing some shows from Toronto, interviewing the comedians appearing there. The first week will also feature some content from the 2013 Just For Laughs festival in Montreal, namely the Andy Kindler State of the Industry address and the Colin Quinn keynote speech from the ComedyPro conference.

During festivals, like this one, JFL Radio will be continuously simulcast on Raw Dog.

JFL COO Bruce Hills tells me that the plan is to start slow and build up. They’ve never really done anything like this before.

To give you an idea what the channel is like, here’s the schedule for the simulcast that will air on both channels for the remainder of the Toronto festival.