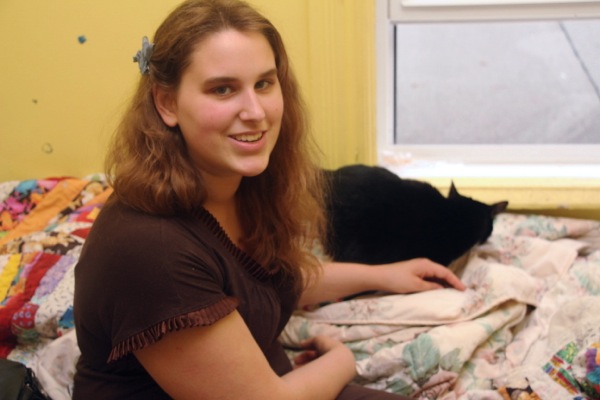 Abby Howard got rich quick off the Internet (kinda)

Is “why don’t you go suck a dick?” inappropriate for a family newspaper? It’s a question I had to ask myself while writing the lead of a story for The Gazette about Abby Howard, a (temporary) Montrealer who gained thousands of fans online and raised more than $100,000 for a project she’s working on after she was a contestant on a reality series produced by Penny Arcade.

It was a story I really enjoyed writing, and enjoyed researching. And like many such stories, it’s very long (by newspaper standards) and there’s tons of information I couldn’t cram into it. Thankfully the Internet has no limit on story size, and my blog imposes on itself no limit to how much detail I can get into.

I’ll start off here by introducing you to the series, and inviting you to watch it. Because suspense is a big part of the fun, I won’t spoil it for you until later in this post.