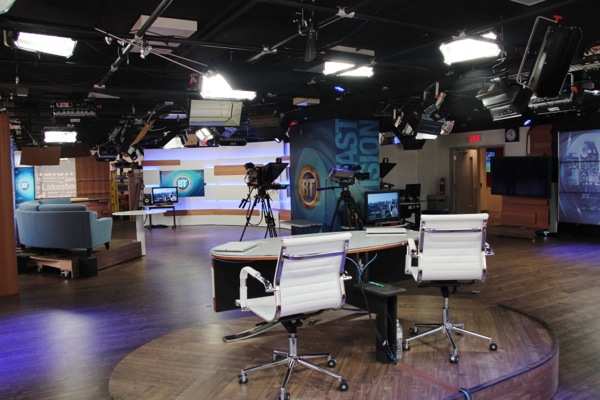 The Breakfast Television studio is 2800 square feet, and very versatile

City Montreal finally launches its flagship show Breakfast Television on Monday. This week, I was among those invited to the new studio in the Rogers building on McGill College Ave. to take a peek.

(I also spoke to Executive Producer Bob Babinski for a feature story that appears in Saturday’s Gazette about the state of morning TV in Montreal.)

I was quite surprised by its size of 2800 square feet. It certainly doesn’t look like the kind of thing you’d find on the 8th floor of an office building, and its impressiveness even gives CTV Montreal’s new studio a run for its money.