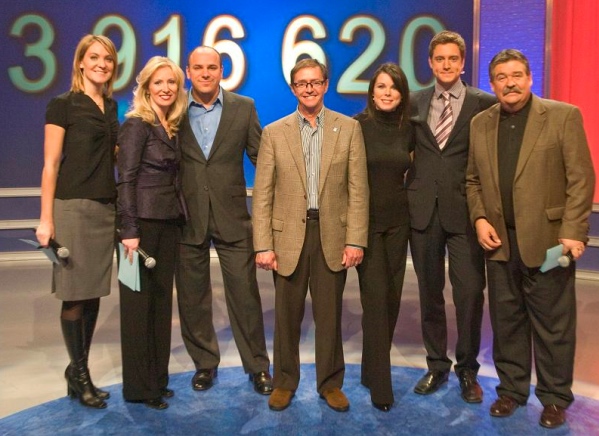 For the first time since 1977, CFCF-12 won’t be airing a fundraising telethon this year.

The Foundation of Stars (formerly the Foundation for Research into Children’s Diseases) has decided this year to forgo the telethon, particularly because it doesn’t have a francophone broadcaster (TQS had been the francophone broadcaster for many years, but V stopped that tradition last year). Instead, it will hold an eight-hour webcast from 11am to 7pm Sunday (warning: video auto-play), and partner with Astral Radio stations like Rock Détente and CJAD in addition to a diminished role for CTV.

“Although disappointed that the annual telethon will not air this year, we are very pleased to continue to work closely with the Foundation in their various fund raising initiatives,” said Don Bastien, CTV Montreal’s general manager. The station won’t air the “webathon”, but will provide hosts including Lori Graham for the event, and will promote the telethon with “short TV clips”, according to a foundation release (PDF). It’s also featuring ads for the foundation on its website.

Maryse Beaudry, spokesperson for the foundation, didn’t respond to a request for comment about why the foundation has pulled the telethon. An email to the foundation sent almost two weeks ago hasn’t been responded to.

My guess is that the decision is mainly a financial one. A look at the foundation’s latest annual report (PDF) shows that the 4.5-hour telethon cost $562,654 in expenses last year (half what it was a year earlier, when it lasted more than 24 hours). And while that number in the photo above looks much higher, it includes a lot of high-profile, giant-cheque, high-money corporate donations that would have come with or without a telethon. The amount of money that actually came in from television viewers calling in could easily have been below what the telethon cost.

And so it’s understandable that the foundation would have wanted to go with a low-cost option this year.

But at the same time it’s sad that Montreal television viewers can’t even fork over enough money over a weekend to pay for the expenses of a fundraising telethon. 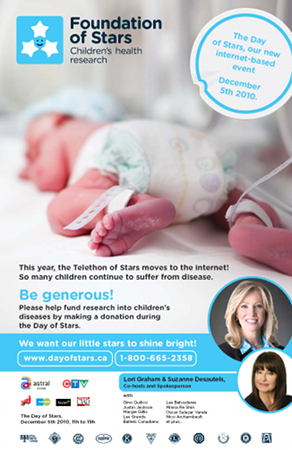 Much as I appreciate the effort of a “webathon” to take its place, it kind of misses the point. You don’t stumble on it when you turn on your TV. You don’t catch it and decide to sit through the scrolling telephone numbers while you watch an 80s action movie until you finally feel guilty enough to phone in a donation. Anyone who is going to experience this webcast already knows about it.

It’s also, I think, sad for CFCF itself. The station used to be a powerhouse of television production, with special productions throughout the year. But while its newscast still reigns the Montreal anglophone ratings, there’s little else produced there now. The telethon was an exception, one it highlights on its “About Us” page online as one of two “long-term community projects.” Aside from things like provincial elections and today’s Alouettes Grey Cup parade (which CTV is airing live in place of its noon newscast), special event programming is an endangered species on Quebec anglophone television.

If only they had telethons for telethons.

The Day of Stars webcast runs from 11am to 7pm on Sunday, Dec. 5, at telethon.qc.ca. You can donate to the Foundation of Stars here, because whatever your opinion of CFCF and the telethon, the kids still need help.