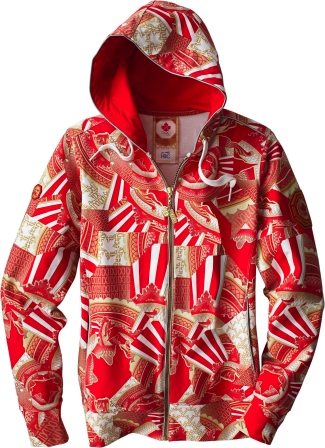 First they gave us those awful clothes for the 2008 games in Beijing.

Now, The Bay is offering U.S. Olympic team apparel in their stores: 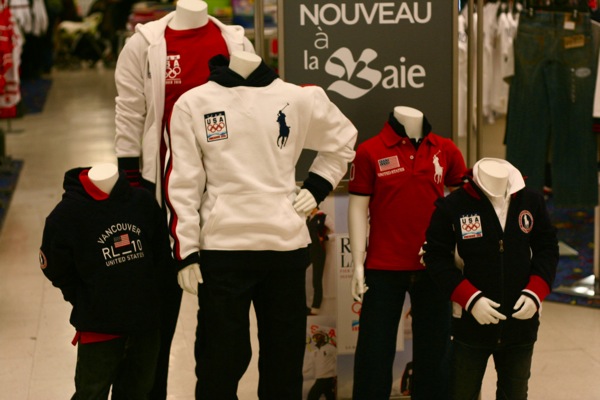 Clearly The Bay has either given up on this country or, worse, is purposefully trying to undermine it. Perhaps they are being influenced by an evil foreign power, or they’ve become distracted by pretty American things, or maybe we just did something to piss them off.

Either way, as Canadians, we must rise up and perform our duty, assert our national identity and show the world we are Canadian.

I will be the first.