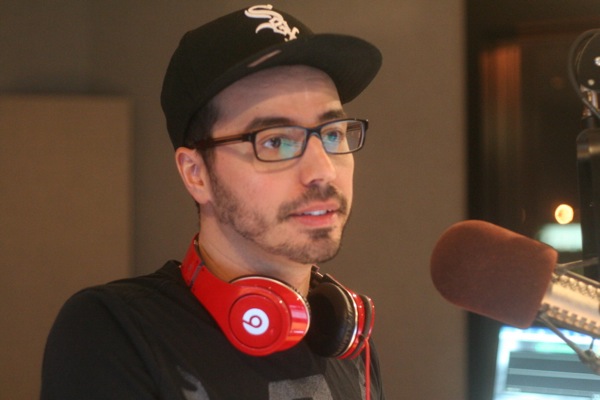 Tony Stark, the evening host at Virgin Radio 96, surprised his listeners Thursday by announcing that that was his last show and he’s leaving the station he’s worked at for four and a half years.

UPDATE (Nov. 24): As Neil points out in a comment below, Jump! 106.9 in Ottawa now lists Stark as its morning host. Corus sent out a press release Nov. 27 announcing the Stark hire. His show will be called JUMP! Mornings with Tony Stark and it begins Dec. 1.

Two years ago, Stark announced he was leaving Virgin for another job at a radio station in Halifax. But then he changed his mind and stayed in Montreal. He said the reconsideration was for “personal reasons” without elaborating.

Kelly Alexander has been shuffled over to Stark’s 6-11pm time slot at Virgin. Program Director Mark Bergman says he’ll be “searching the planet for the best possible person to fill this role” over the next few weeks.

END_OF_DOCUMENT_TOKEN_TO_BE_REPLACED 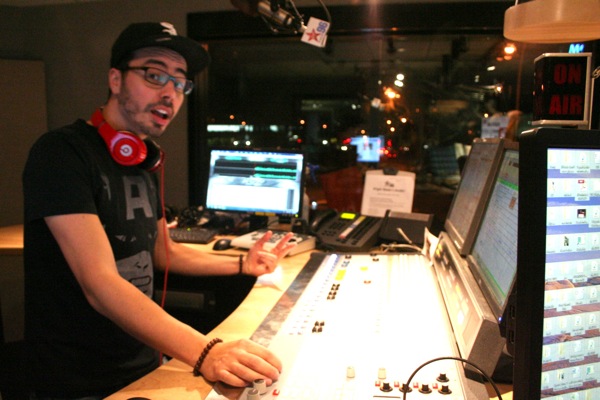 Virgin Takeover is going to need a new host

UPDATE (Aug. 12): Stark isn’t leaving after all. Bergman and Stark said this weekend that he’s actually sticking around, for unforeseen and unspecified “personal reasons.”

The press release says “Virgin Radio lets YOU takeover the airwaves!” – but don’t show up to Astral’s studios on Fort St. looking to get behind the microphone.

Instead, CJFM 95.9 is giving its listeners more say in what music ends up on the radio, at least for a few hours. Four nights a week starting Monday, June 11, Tony Stark hosts Virgin Radio Takeover, a show that allows listeners to suggest songs and up- or down-vote upcoming songs on its playlist to shape what makes it to air.

It’s based on a platform called Listener Driven Radio, brought to Canada’s Virgin music stations via Orbyt Media. A similar show launched in April at the Calgary and Edmonton stations.

“This is real social radio,” program director Mark Bergman tells me, and is a big step toward the so-called So-Lo-Mo strategy of social, local and mobile.

In addition to influencing the playlist by voting up and down songs added to it, the system allows people to suggest songs to add to the playlist. But the system is set up according to parameters set by the program director, which means you won’t be able to suggest Mozart or death metal or other types of music that don’t fit on the station. (My attempts to add Weird Al tracks to the playlist failed, for example.)

Bergman said he didn’t know exactly how many songs are available to suggest, but that it was in the thousands, and represents a large part of the station’s music universe (meaning all of the songs played on the station). Naturally it includes a lot of pop hits from artists like Katy Perry, Usher, Black Eyed Peas, Pitbull, Jennifer Lopez and Maroon 5. But it also includes some older hits from Backstreet Boys, Bon Jovi, New Kids on the Block and NSYNC.

Changes to the playlist are shown in realtime, with animations showing songs changing position in the list.

I wondered if there was some veto power or other massaging of the playlist that could be done in case listeners’ choices start going too far toward one artist, for example. Bergman assures me it’s all out of his hands. “The only power I have is I can go on and vote for songs myself,” he says, and the choice of song is “literally left to chance” based on listeners’ votes.

What about Cancon? Is the system rigged to make sure that enough Canadian songs are played? Apparently not. But that’s okay, Bergman says. If the playlist that comes out is low on Canadian content, they can make up for that later.

Bergman says he’s anxious to see how the audience will react to this new format. Will it attract more listeners in the 18-34 demographic that they already have a strong lead in? Will it make them more engaged? We’ll see when the next ratings book comes out in the fall.

Virgin Takeover airs Mondays to Thursdays from 7pm to 9pm. Stark continues as the host in non-takeover mode until midnight.