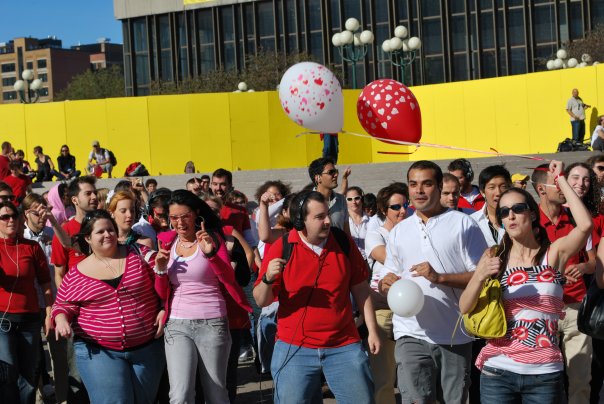 END_OF_DOCUMENT_TOKEN_TO_BE_REPLACED

I’ve never really been a fan of the Webby Awards, the anual awards for Web design. It’s not that they charge hundreds of dollars for entries (and then more hundreds to actually attend the ceremony) or because that source of income encourages them to inflate the number of winners, but for the simple fact that the judges for these awards always prefer style (or should I say “Flash”?) over substance.

Looking at the list of nominees, it seems clear that Flash-heavy multimedia ad campaign sites are held in higher regard than genuinely useful boring HTML. The famous websites and bloggers get their nods, of course (assuming they’re willing to pay or their fame is high enough that the Webbys think they’ll add prestige and eyeballs to the event), but everything else seems to be judged on looks alone. In fact, many entries don’t even link to the websites themselves but to special awards pages that explain how awesome the Web campaign is instead of just pointing people to the sites and having them figure it out themselves.

That is reflected in the nominees with Canadian connections. Officially there are 13 Canadian nominees, making Canada the fourth-most nominated country behind the U.S., U.K. and New Zealand, and just ahead of Australia (notice a trend there, perhaps having to do with the primary language of these countries?) Metro has links to them. But nationality is judged by the organization which created the site, not the site itself, so there are actually others.

I should also point out that the Boston Globe’s Big Picture blog, a very simple idea simply produced, is also nominated.

There are also nominees in advertising, video and “mobile” categories, but I don’t care about those (except to note that my favourite remix of all time is nominated as a viral video). Here are the Canadians: