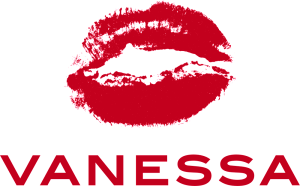 Vanessa, the French-language pay TV channel launched by Anne-Marie Losique in 2010, is having trouble getting television distribution services to add an English-language counterpart to their systems. Cable and satellite services, it says, are reluctant to devote a second channel as more and more specialty services (particularly those in high definition) are taking up a finite space on their networks.

Its solution, as detailed in an application to the Canadian Radio-television and Telecommunications Commission that was published on Thursday, is to turn its existing channel into a bilingual one, with all programming in one language subtitled in the other.

A bilingual license isn’t unprecedented. Pelmorex has one for The Weather Network/MétéoMédia, and Corus and Astral share one for Teletoon/Télétoon, but those involve one actual channel for each language. CPAC also has two channels to serve each language. One example of a single specialty channel that offers programming in both languages is IDNR-TV, the natural resources channel, which has low distribution.

It took three years for Vanessa to launch in French, and the channel had only 6,790 subscribers in 2011, according to data submitted to the CRTC. Even though it’s among the top 10 in terms of revenue per subscriber at $45 a year or $3.75 a month (Bell and Videotron charge about $15 a month for the channel), its total subscription revenue was $305,538 in 2011, or about 1% that of the Weather Network or 0.2% that of TSN. With $700,000 in total revenue but $2.1 million in total expenses in 2011, the service lost more than twice what it made, making it one of the worst performing specialty channels in Canada.

In response to a complaint issued by the Communications, Energy and Paperworkers Union of Canada that Canwest’s* decision to centralize master control of local news at four broadcast centres violates aspects of local stations’ conditions of license requiring a certain amount of local programming, the CRTC has ruled that while it can’t make a final decision because the broadcast centres aren’t fully operational yet, it sees no evidence that Global TV is violating those conditions of licenses, and that the impact of this reorganization should be brought up during license renewal hearings.

For those of you who couldn’t get through that massive sentence, here’s some background: In 2007, Canwest announced that it was laying off 200 people across the country, mostly technical positions at small stations (including CKMI in Quebec City/Sherbrooke/Montreal).

To save money, it decided it would centralize master control operations for all its stations at four broadcasting centres in Vancouver, Calgary, Edmonton and Toronto. These stations would be responsible for cueing up reporters’ packages and even controlling the movement of cameras remotely. Though editorial decisions would rest with local stations, local reporters would continue to do reporting and the newscasts would be anchored locally (well, kinda), the CEP argued that this still didn’t qualify as locally-produced programming and complained to the CRTC.

Canwest stated that the allegations set out above were incorrect because control of and responsibility for the broadcasts will remain with the local television station:

Canwest submitted that the decision to move some production elements (for example, camera work, lighting, microphone levels, generation of virtual sets, physical assemblage of news run-downs) to the Broadcast Centres would not, in any way, abrogate its individual licences or take decision-making capabilities away from the local stations.

Canwest further submitted that, while the Broadcast Centres will control technical production support, all material decisions regarding the content and presentation of the newscasts, with the exception of set design, will continue to occur at the local level, as will local news gathering.

While not making a final decision on the matter, the CRTC essentially agreed with Canwest’s assertion that this still qualifies as local programming. It also said that for most stations, while there are “commitments” to local programming, these haven’t been part of their conditions of license since 1999.

But the CRTC does leave the door open for the CEP to bring this up during Global’s license renewal hearings this year, where their commitment to local programming will be a factor in the CRTC’s decision of whether or not to renew stations’ licenses.

Considering the current financial crisis facing media and conventional television in particular, I don’t expect the CEP will get too far.

And now for something completely different. The CRTC last week approved the creation of a new digital specialty channel called Vanessa which is devoted to sexuality:

Its adult programming would be devoted to the themes of charm, sensuality, eroticism and sexuality and might also include documentaries, news and magazines covering the industries that exploit those themes and the personalities that revolve around them.

Sex-Shop Television, the company behind Vanessa, is a creation of Image Diffusion International aka Productions IDI, the company of Marc Trudeau and Anne-Marie Losique that produces content mainly for MusiquePlus. It got approval in 2007 (after originally being denied) for a French-language pay TV channel of the same name. But discussions with Videotron were … ahem… anti-climactic. The cable provider said there was not enough capacity or enough interest to distribute a service like this that they don’t own. (The CRTC theoretically has rules that prohibit cable companies form offering preferential treatment to other services owned by the same company, but I guess they don’t apply here.) The goal is to launch an English service which would get picked up elsewhere and force Videotron to get on board or lose customers.

The content of the channel isn’t entirely clear. It’s limited to only 10% of its programming being feature films, and can only broadcast explicit adult material between 11pm and 6am. So expect this to be like Sex TV: exploring sexuality in a tasteful (or even fun) way during the day and in a raunchy way after dark.

UPDATE (April 17): Presse Canadienne reports on the approval only a month and a half late.

Je me souviens is coming

Canwest’s Marianne White has an interview with the guy behind that Quebec obituary channel that was approved last week. He says he wants to have it up by the summer and, if all goes well, start a similar English-language service at some point in the future. It also talks to funeral home owners who say they like the idea, so long as it’s done in a tasteful way.

CP also has an article on the channel in which the guy says basically the same things. That in turn is expanded in a Globe piece which points out how unlikely it is that people are going to sit in their living rooms for hours on end watching obituaries scroll by (though I could see a Weather Network-like model, repeating them every 10-20 minutes and people checking in once a day when they want to see who’s died recently)

Diffusion communautaire des Îles, the company behind CFIM radio on the Îles de la Madeleine, has gotten approval to setup a community cable channel, which would be distributed through the only cable operator on the islands which have a population of about 13,000. Their goals are modest: two hours a week of local programming, rising gradually to five hours a week in 2012-2013.

All these networks will need to negotiate with cable and satellite providers before they’re carried on those systems.

Global getting on the digital bandwagon

Canwest has gotten approval to setup digital transmitters for CICT in Calgary and CITV in Edmonton, two of its biggest stations. Both stations would broadcast in high definition.

CTV and Global have been slow to setup digital stations, even though there’s a deadline looming in 2011, because of the cost, the current recession and the instability in conventional television broadcasting.

The following networks have applied for permission to begin distribution of HD versions:

The Barrie Examiner looks at conventional television and CKVR-TV in Barrie, the CTV A-Channel station that survived being shutdown but has laid off a third of its staff and cancelled its morning show.

We didn’t get called!

I don’t usually look at the telecom side of the CRTC’s affairs, but a recent survey shows that 80% of Canadians have noticed a drop in telemarketing calls since Canada’s Do-Not-Call list was launched.

Speaking of telecom, the company behind the Weather Network told the CRTC that mobile providers are putting up walls to control what kind of content (i.e. theirs) can be accessed through wireless networks.

*For the three of you unaware, Canwest is my employer through my contract at The Gazette (though they weren’t my employer in 2007 when I commented about changes at Global Quebec).