Following Quebec’s discovery that the inspection system for the province’s bridges and overpasses is in complete chaos, the City of Montreal has created its own list of nine municipally-controlled overpasses that will get special attention (the city is “determined not to take any chances“). 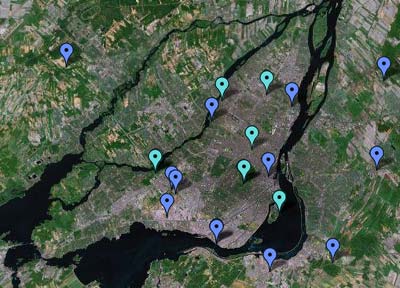 I’ve updated my map on Google Maps to reflect the new additions. Combined with the 135 on the Quebec Transport Department’s list, the number is so high Google Maps will only allow half of them to be displayed at one time.

Of note in this list of nine is one (actually a pair) on Nuns’ Island that was mentioned in a Gazette feature last month which invited a local structural engineer to take a look at some cracked structures. Whether the tiny overpass over a pedestrian walkway would have gotten the city’s attention without the Gazette piece is anyone’s guess.

5 thoughts on “More overpasses to be afraid of”