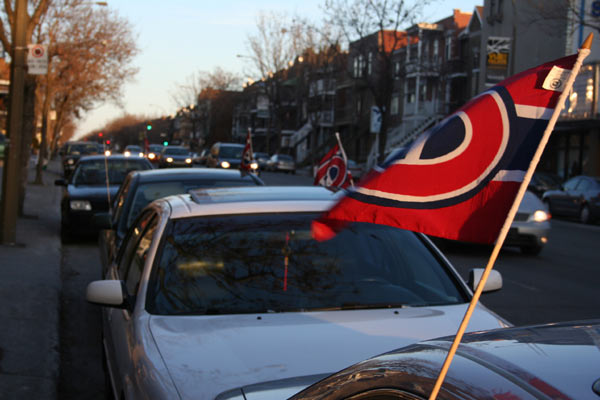 Everyone’s caught up with Canadiens spirit. Here, four cars back to back have Canadiens flags. They were quickly joined by a fifth, a couple of guys rushing to a nearby apartment with a case of beer. 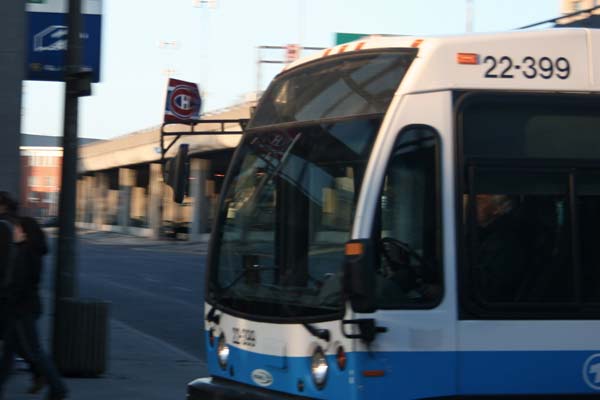 Even STM drivers are getting in on the action, including this poor soul who had to work during the first playoff game between the Canadiens and Boston Bruins tonight. Let’s hope his show of support isn’t denounced by his employer as being “vandalism.”