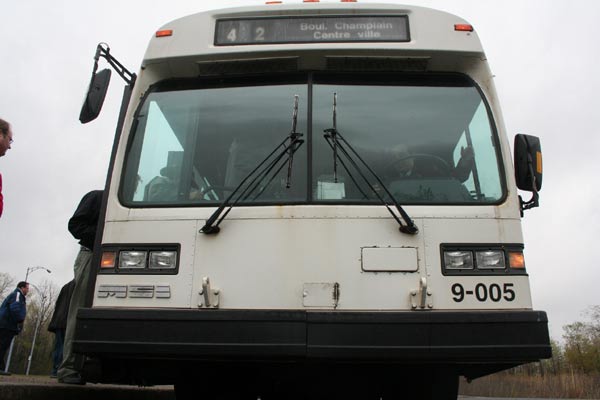 To most people, this is just a bus. The kind that will take you to work on a daily basis.

But to a select few, this rust bucket is something special. A group of about 30 public transit fans chartered this RTL bus for a day last weekend, just for fun. I tell their story in today’s paper.

I first met the transit inclined a few years ago, and went along with a similar charter trip in 2006. Then, the group chartered one of the STM’s oldest active buses, No. 59-019. At the time, there were suggestions the bus was near retirement and might not see regular service again. This was billed as one last ride on one of the few remaining STM buses with a non-electronic rollsign. 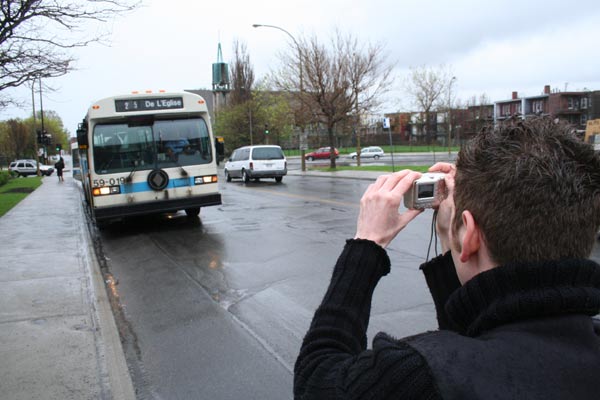 I’ve always wanted to write about these guys (though there aren’t many stereotypes that tie them together, they are almost universally male), but I never got a chance to before now. 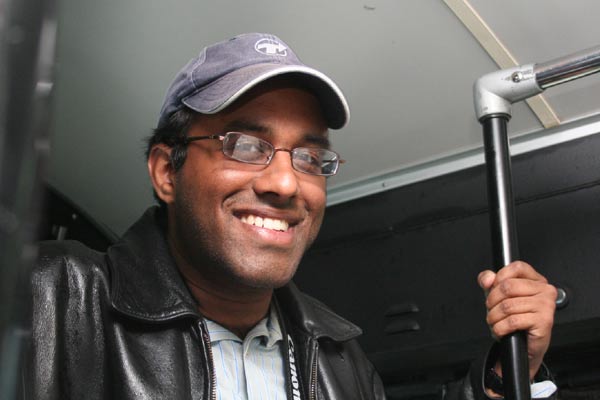 This is Shanake Mario Seneviratne, aka SMS. He organizes the charters. 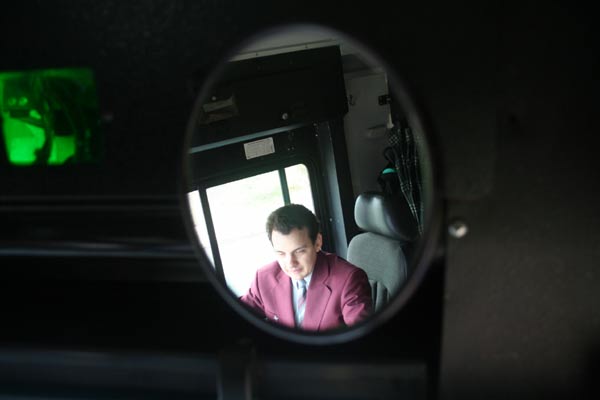 This is Tristan Roy, the driver. He’s a transit fan as well, and volunteered to drive the bus around for free. That helped reduce the cost, as well as provide a few perks. 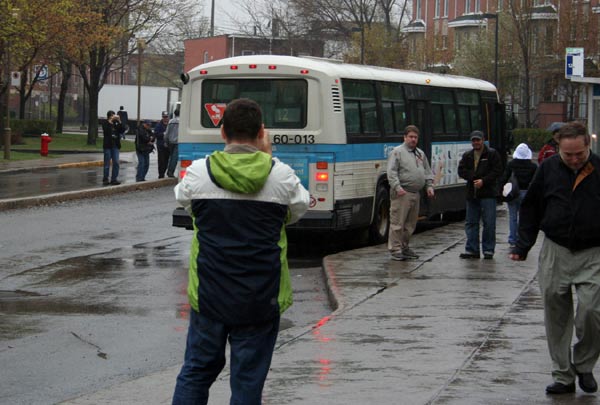 By coincidence, during one of the first stops at LaSalle metro (which used to be a terminus for some then-STRSM bus routes), there was No. 60-013 sitting a few stops ahead ready to do a run of the No. 12 Île des Soeurs route. The 60-series buses date back to 1990 and are among the oldest STM buses still in service (though a year younger than the 59-series). 59- and 60-series buses are few and far between, especially outside of weekday rush hour. Seeing this bus on a Saturday morning is unusual, hence all the excitement. 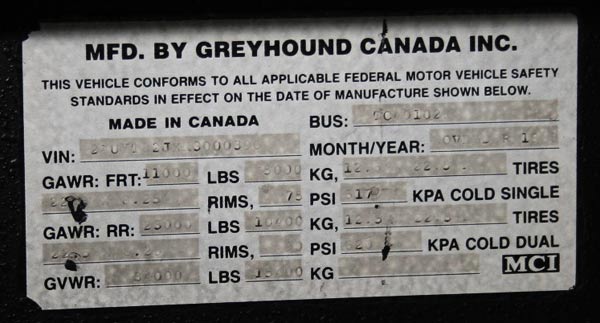 This plate, installed above the driver’s window, is hard to make out, but places the date of manufacture at November 1989.

Though the hope is always that beautiful sunny weather will prevail, rain was on hand for a good portion of the charter, necessitating umbrellas and camera-protection gear. 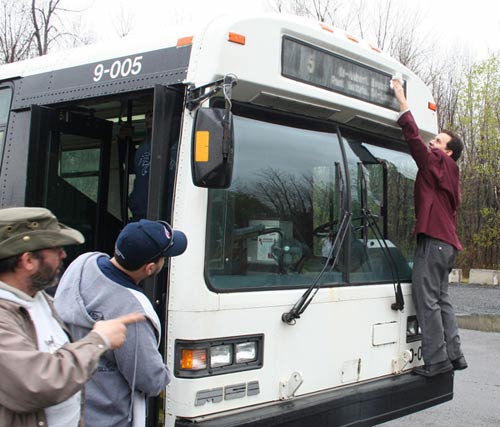 At one point, Tristan gets out and wipes away the rain off the front rollsign of the bus. Unfortunately that did nothing for the fog on the other side of the glass. 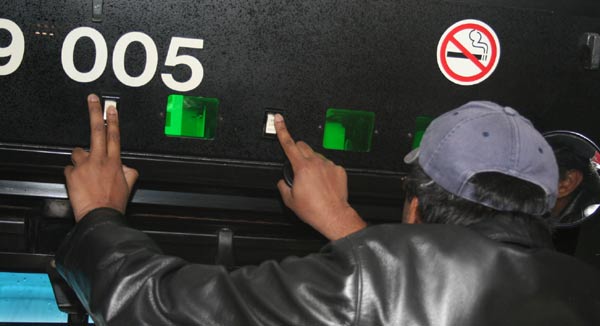 Operating the manual rollsign is the funnest part of this activity. Before the electronic signs were installed, drivers would have to press a button that scrolled up and down through two rolls of digits and a roll of names (the latter could take forever getting from A to Z). Because the sign is almost 20 years old, there are plenty of names of routes that no longer exist. Some of the stops involved going to places no longer served by the RTL and setting up the rollsign to display the name of a route that no longer exists.

The rollsign also has a few typos. 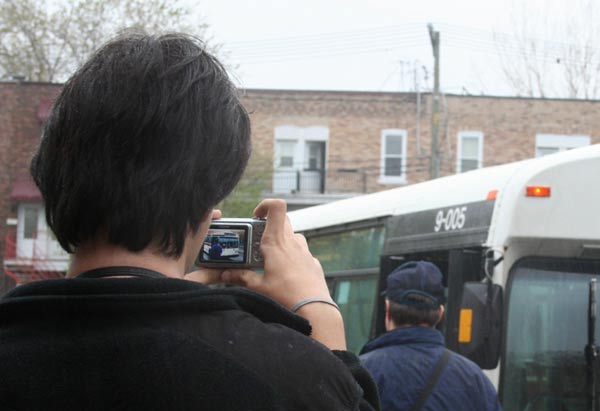 One of the charter participants takes a photo of the bus at LaSalle metro.

At the St. Hubert garage, Tristan lined up three types of buses the RTL currently uses. On the left, a Van Hool AG300 articulated low-floor bus, used mostly on the 45 express bus between Terminus Centre-Ville and Panama terminus. On the right, a Novabus LFS low-floor bus, which is what most of the STM fleet is currently made of. 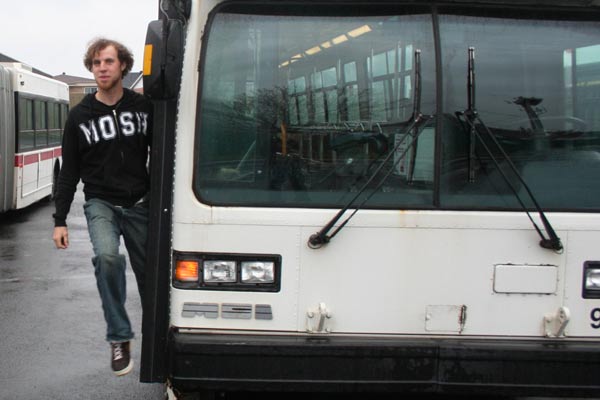 This is Mike Boone. Apparently no relation to this Mike Boone. This guy is from Belleville, Ont., one of many who made the trek from far for the opportunity to explore with fellow transit fans. What he’s doing, by the way, is not recommended while buses are in motion. 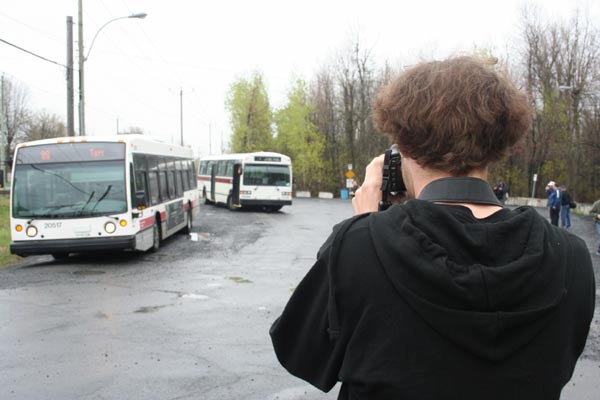 If this kind of thing appeals to you, be sure to check out the Canadian Public Transit Discussion Board (in English) and MétrodeMontréal forums (in French), as well as the YUL bus charters official website.