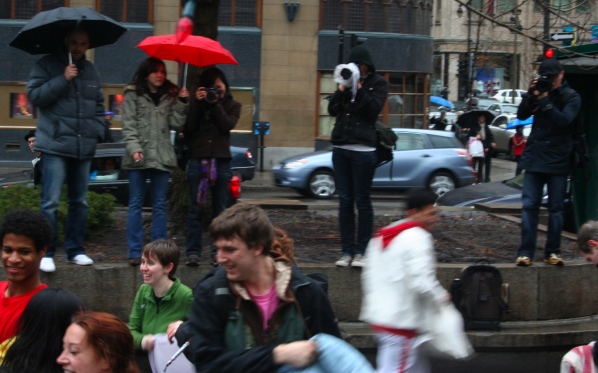 Photographers also thought to use plastic bags to keep their equipment dry.

The event caught the attention of quite a few photographers (professional and otherwise) and plenty of bystanders who took a few moments to stay and watch. We’ll see how many photos end up in the papers tomorrow. 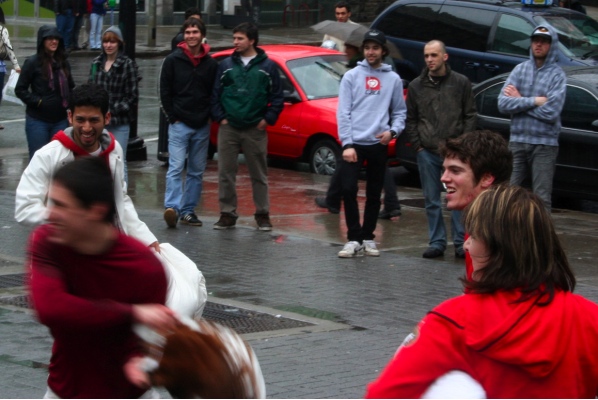 No TV cameras were present, so don’t look for it on the news tonight.

I’ve compiled a sample of the photos below. You can see the rest on my Flickr set. 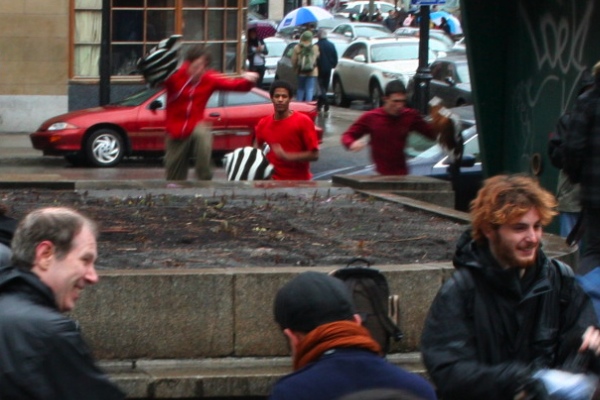 Three latecomers sprint to the scene 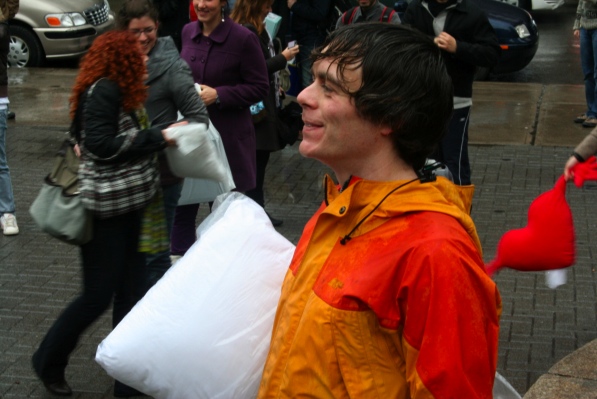 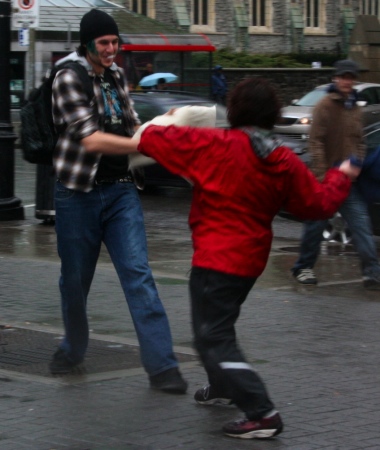 No need to let a pillow fight get in the way of a smoke. 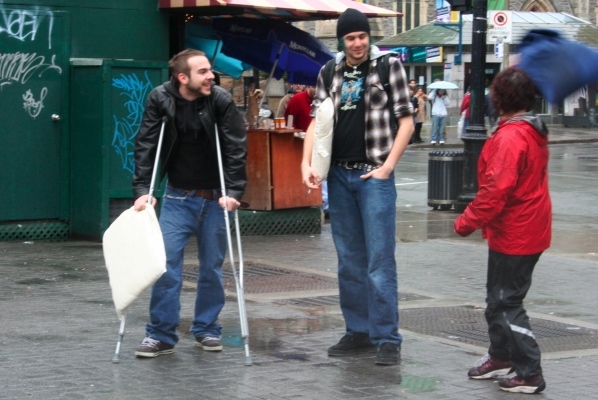 Yes, this guy actually fought a pillow fight on crutches. He was shown no mercy. 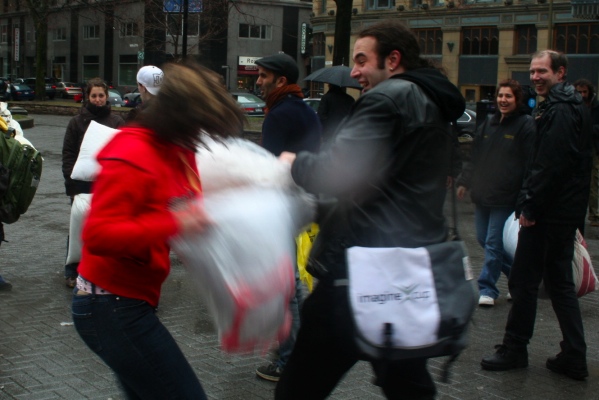 Woman on the left was wearing a Senators sweater. I gave her a few whacks for that, then stopped when I remembered how much the Senators suck already. 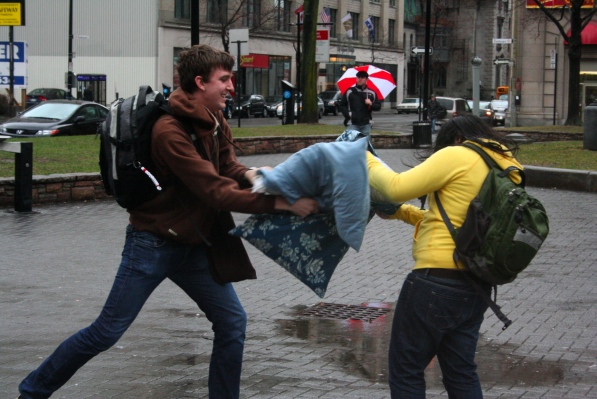 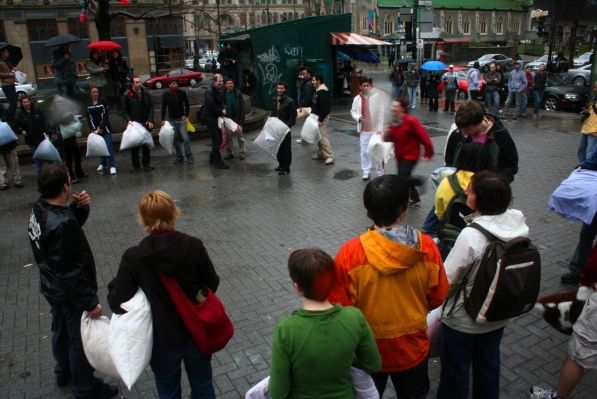 Blacks vs. colours prepare to do battle

At one point the group was separated in two (people wearing black on one side, those wearing colours on the other). This led only to win. 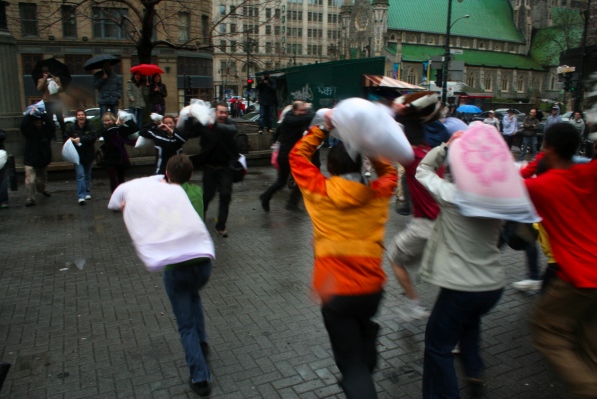 Turns out you can run out of energy pretty quickly in a pillow fight. The group dispersed half an hour after the fight began. But they all thoroughly enjoyed themselves.

A similar fight took place in Toronto last month (pictures are online), and today in Vancouver and Quebec City.

A planned event in Calgary was officially cancelled when the city demanded insurance before an event could take place. The Calgary Sun skirts Godwin’s Law but makes a valid argument that it’s easier to hold a neo-Nazi gathering than a pillow fight.

6 thoughts on “They may take our lives, but they’ll never take OUR PILLOWS!”