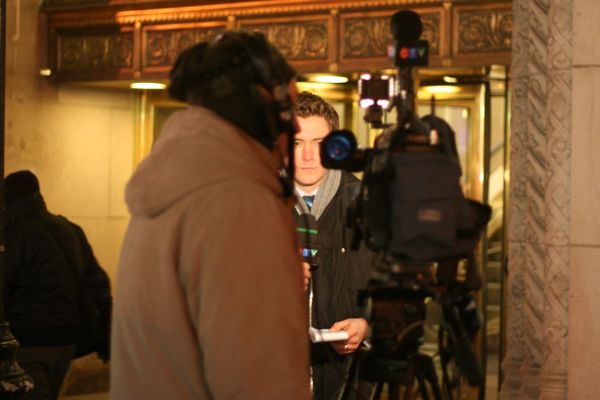 It wasn’t so much a question of whether, but when.

The hammer came down this morning, as Canwest Limited Partnership, the print and online side of the Canwest empire, joined the television arm in filing for creditor protection.

The Star also has a copy of CEO Leonard Asper’s memo to employees.

The gist of it is that the newspaper division (including the National Post, though it is not under this creditor protection filing) is up for sale, with the banks getting the ball rolling setting a floor bid. Unlike recent small-market TV station sales that were for a nominal amount, the newspaper chain is expected to fetch decent cash because most of the newspapers are still profitable.

The only question is who has a billion dollars to spare to scoop up an entire newspaper chain (because of how dependent they are on each other for content and services, Canwest is hoping to sell them off as a unit).

In the meantime, while about 50 former employees under salary continuance are getting screwed (none of these people are former Gazette employees), pensions, salaries and expenses continue as normal through a $25-million debtor-in-protection financing. This means employees (including me) still get paid as normal, freelancers still get their invoices processed, and suppliers still get paid for continuing operations. (UPDATE: Some freelancers are being affected by this filing, I’m now told, for bills between mid-December and the filing of Jan. 8.)

Wish I had more juicy details, but they don’t trust me with that kind of information (would you?).

So instead, I offer photos of journalists who reported on the move, hours after the fact, from in front of the Gazette’s editorial offices on Ste. Catherine St. (Photos link to the video reports online) 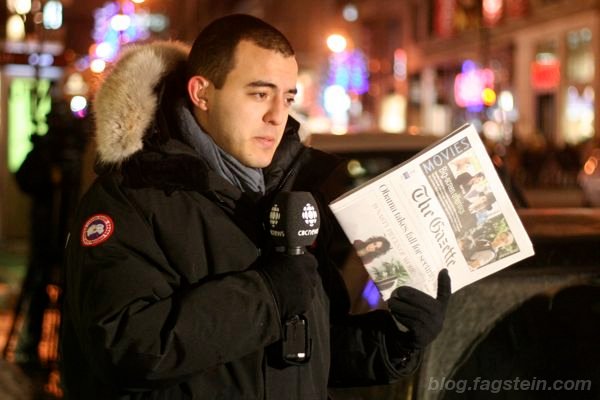 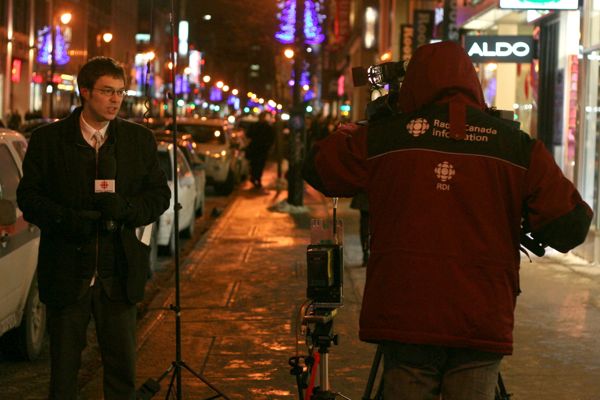 Radio-Canada's Louis-Philippe Ouimet does a taped report from across the street, to provide a better background

9 thoughts on “Newspapers for sale!”